People have been begging Springfield for a single-stack .45 for so long it’s hard to remember when it all started.  Certainly long before they introduced the Competition.  This slender little beast is gonna make a lot of people happy.

Springfield listens. That’s not a huge surprise but it is something that gets our attention.  Their XDs and XD(m)s have been a huge success and world at large has accepted them.  But they’re not the be all end all of concealed-carry pistols, and so to design and tool up for the production of an all-new pistol that is only cosmetically similar to the XDs already in production is one hell of a deed. 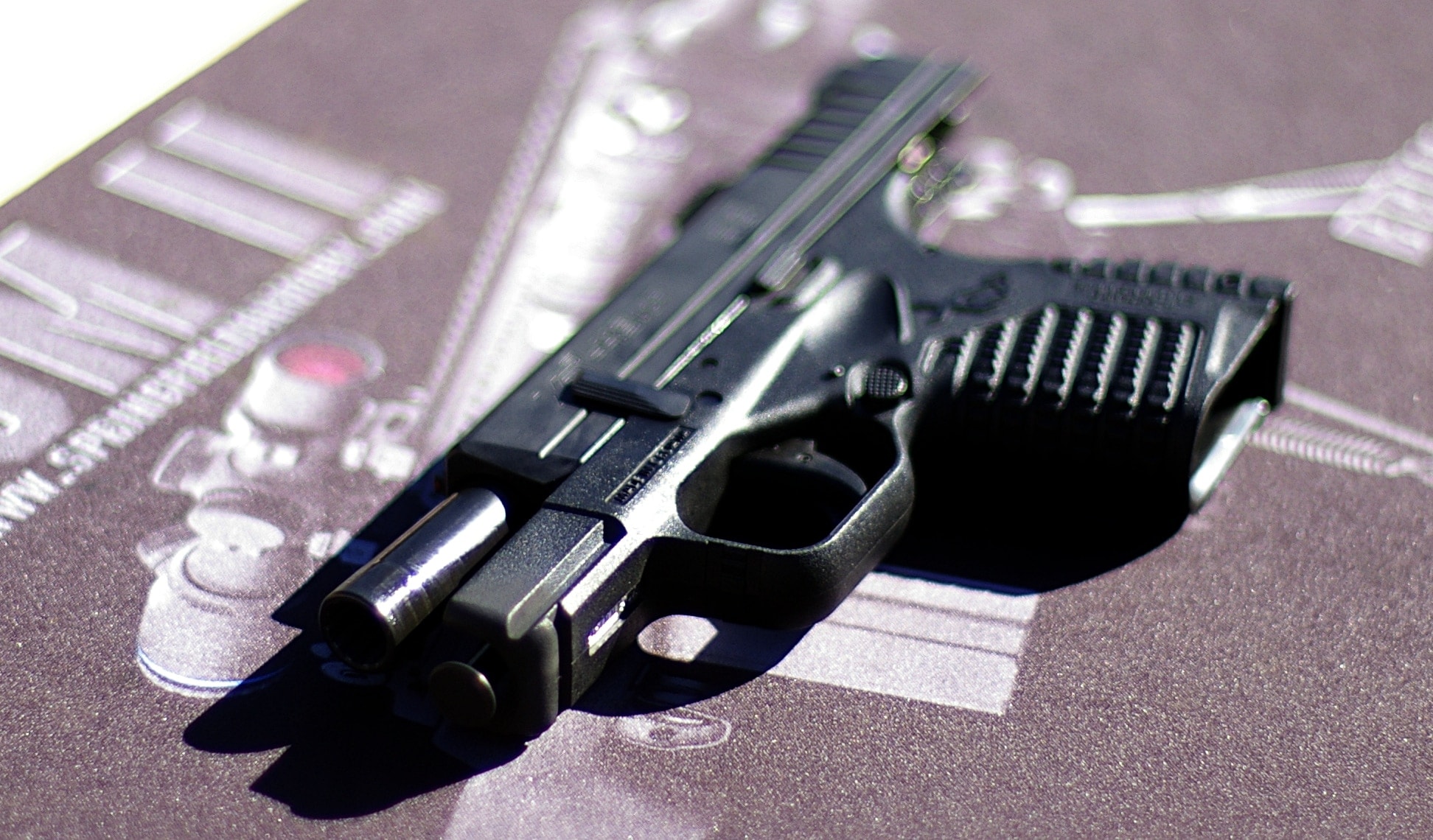 Almost none of the XD(s) is compatible with the XD(m) or XD handguns.  They use the same sights, provided they’re not too wide, and if you have a .45, the same bullets.  Maybe the trigger’s the same, or at least the trigger safety.  Feature-wise, they’re similar, although Slim doesn’t have a cocked firing pin indicator. 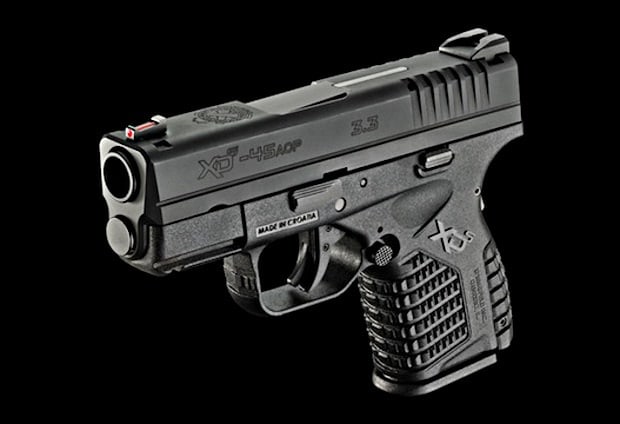 The weight being thrown out for this pistol is 21 ounces.  Empty with magazine, which may sound like a lot.  Believe us when we say it’s actually quite nice.  This is a small gun, .9 inches wide most everywhere, 1.1 inches wide at the slide stop lever and takedown lever.  The grip surface is downright spikey, because there is so little of it.  If it weighed any less, it wouldn’t be anywhere near as controllable. 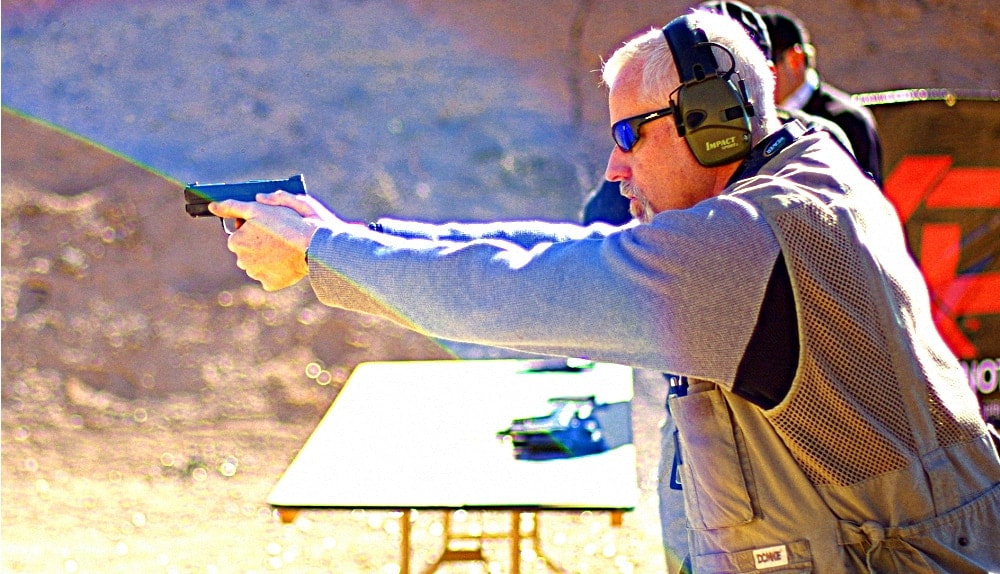 Controllable being the word everyone uses with this pistol, and they’re right to do so.  At about two pounds with its 5+1 capacity, shooting it fast is doable, and repeatable.  It is a bit like high-fiving a hammer, and the web of your hand will remember what you just did for a while, but the recoil impulse is straight back and leaves you ready and able to stay on target. 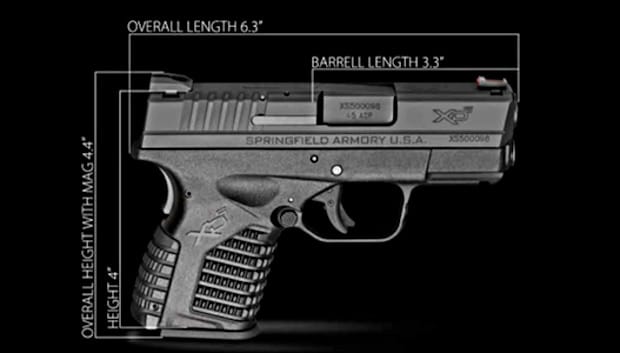 Other than the small-grip/big-bullet issue, which is morely just a comfort deal, shooting the Slim is just like shooting an XD.  The trigger’s the same, the sights are familiar.  The model we shot had a fiber optic front sight and a plain black rear.  We hope that they launch with a night sight set, but the FO is easy to shoot in decent light.

At this year’s SHOT Show, we heard a range on the prices, but everyone agrees, it’ll be in line with their other handguns, and XDs aren’t all that expensive.

And we’re glad Springfield’s come out with a single-stack, and it’s really a different shooter than the others out there.  But we have to ask, when, Springfield, when will the 9mm and .40 S&W be on shelves?  Also, this gun is begging for a magazine with a finger extension.  Do we have to wait for Pearce to make one?