In an effort to raise money for its military, South Korea wants to sell nearly one million M1 rifles used by South Korean and U.S. soldiers during the Korean War (1950-53) back to the U.S.

In 2009 the Obama Administration agreed to let the Koreans export the M1s, then in March of 2010 the Administration reversed coursed and banned the sale of the M1s.

To explain the flip-flop, a State Department spokesman said the administration’s decision was based on concerns that the guns could fall into the wrong hands.

“The transfer of such a large number of weapons — 87,310 M1 Garands and 770,160 M1 Carbines — could potentially be exploited by individuals seeking firearms for illicit purposes,” the spokesman told FoxNews.com back in 2010. 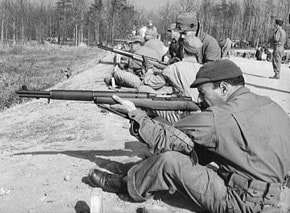 “We are working closely with our Korean allies and the U.S. Army in exploring alternative options to dispose of these firearms,” the spokesman added.

Now, however, Washington has changed its mind once again and is allowing the importation of the 87,310 M1 Garands– but not the 770,160 M1 Carbines, according to Korean officials.

“The U.S. government approved the imports of some 86,000 of the rifles,” Lee Sun-chul, deputy defense minister for force and resources management, told the Korean Times.

“The historic firearms are expected to be sold to American Korean War veterans and their families in time for the 62nd anniversary of the Korean War, which falls on June 25 this year,” Lee Sun-chul added.

Kim Mi-sung, an official of the force and resources management office, explained that the U.S. rejected Seoul’s proposal to export the 770,160 M1 Carbines because they “come with a magazine that can carry multiple rounds unlike the Garands.”

Nevertheless, the Korean military is hoping to unload what it can, in this case the Garands, so it can use the money to purchase locally developed Daewoo K2 rifles. 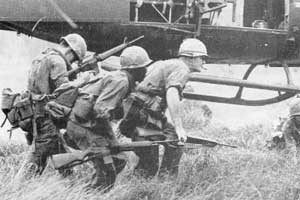 “We plan to announce a bid later this month or in February for the selection of agencies to sell the M1 rifles to Americans,” Kim told the Korean Times.

“The U.S. has been reviewing legal procedures for the approval of a third party transfer.”

However, several Korean officials are worried the U.S. officials will get cold feet and change their minds, once again.

“We have yet to receive confirmation from the United States over our proposal,” a senior defense ministry official told the Korean Times.

“The U.S. government may change its position at the last minute due to political considerations.”