We’re pretty sure at this point the zombie stuff is here to stay. It’s certainly gaining more momentum every day, and this SHOT Show we saw so much zombie-themed hardware it started to blur together.

Two optics stood out, both made by serious companies who really surprised us with how much fun they were having with their products.

Leupold and EOTech have started to play with some of their battle-proven designs and turned out some fun optics for the zompoc. 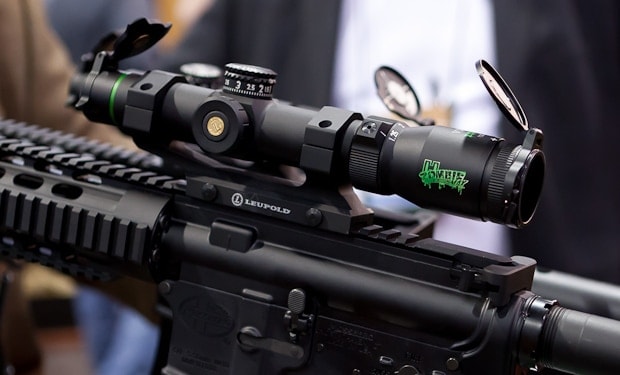 Leupold, maker of many, many military scopes, has tooled on their incredibly popular VX-R 1.25-4x variable power scope, and done more than just slapped on some brains on the insides of the lens covers.

It’s been completely zombified with laser-engraved details on all the control surfaces, and yes, it uses a green dot. But probably the coolest thing that it’s calibrated specifically for Hornady’s Z-Max ammo, which is clever again by half. It’s a 30mm riflescope with ¼ MOA click adjustment, with about four inches of relief. It weighs a hair under 12 ounces. 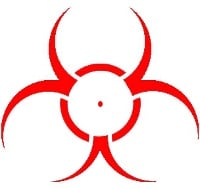 EOTech, renowned holographic sight manufacturer, went with something a little more subtle, although their Zombie Stopper has been dressed up with some fancy laser engravings as well.

Their tweak is simple: hybridize their reticle with the international biohazard symbol. It’s straightforward but it gets the point across. The infected will be destroyed.

The optic is otherwise pure XPS2. It runs on a single CR123A battery, has 20 brightness settings (not compatible with night vision on this somewhat commercial model) and EOTech swears it gets the same 600 hours of runtime as the standard XPS2, even though the reticle is considerably larger.

One common worry is that the enlarged reticle is a bit crowded; we didn’t think so, and like its parent optic, the XPS2-Z handles like a dream.

Both optics have an estimated pricetag of about $500, but hopefully you’ll be able to find them soon, and for a little less than that. Besides, some people can’t justify spending that kind of money on glass. Zombies, on the other hand… Can you really put a price on the safety of your brains? 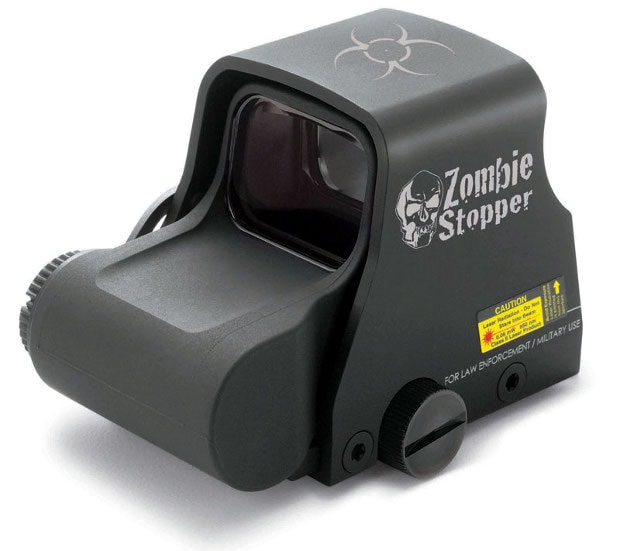