Last week Tuesday, Secretary of State Hillary Clinton announced that the United States would begin pursuing a new space arms-control initiative with the European Union and other nations around the world.

The initiative is known as the International Code of Conduct for Outer Space Activities and is ostensibly designed to address two main issues: space debris and “irresponsible actors.”

Space junk is certainly a problem.  According to NASA, there are more than 500,000 pieces of space junk debris surrounding the Earth, and about 22,000 of these pieces are approximately as big as a human fist.

But the biggest issue with space junk is not that it orbits the earth and crowds the atmosphere, it’s that occasionally falls back to earth. 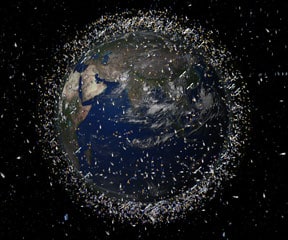 Just last month, a Russian satellite fragment crashed right through the roof of a Siberian man’s home, nearly killing him.  And on Jan. 15, Russia’s Mars probe ‘Phobos-Grunt’ came crashing back to earth; thankfully no one was injured.

So one could argue that if the sole purpose of the agreement was to crackdown on litterbugs in space, then it would be totally worthwhile.  But it’s not, according to critics.

Critics see the code of conduct’s “irresponsible actors” component as nothing more than a way of putting self-imposed restrictions on the U.S. military’s space related-activities.

John R. Bolton, a former U.N. ambassador told the Washington Times that the initiative is symptomatic of the Obama Administration’s ideological commitment to arms talks.

“This is mindless,” Mr. Bolton said in an email. “The last thing the United States needs is a space code of conduct. The ideology of arms control has already failed in the Russian ‘reset’ policy, and it is sure to fail here as well.”

“U.S. military activities in space are a key strategic advantage for the United States,” Gen. McInerney told the Washington Times. “Any agreements that limit or constrain military space activities must be approached with extreme caution.” 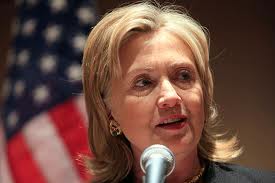 But Clinton insists that it will not curtail military-related activities in space or negatively impact national security defense systems.

“A code of conduct will help maintain the long-term sustainability, safety, stability and security of space by establishing guidelines for the responsible use of space,” said Clinton. “As we begin this work, the United States has made clear to our partners that we will not enter into a code of conduct that in any way constrains our national security-related activities in space or our ability to protect the United States and our allies.”

Much like the U.N.’s Arms Trade Treaty, until it’s close to becoming finalized there’s not much one can do except keep an eye on the discussions and the language being tossed around.  We’ll keep you posted as this international code of conduct begins to take shape.