Two armed robbers walked into a Waffle House in Spartanburg County, SC, on Saturday morning.  Only one would make it out alive.

They were wearing ski masks.  Suffice it to say, they weren’t there for the waffles.

They began ordering customers to the floor and employees to a back room, according to reports. 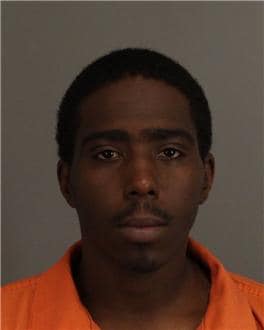 However, an armed citizen with a valid concealed carry permit was watching them closely.

When the chance presented itself; the law-abiding gun owner pulled out his firearm and pointed it at the two robbers.

He reportedly told them to freeze and wait until the sheriffs arrived.

Williams didn’t listen.  He tried to aim his gun at the crowded diner, which caused the customer to use deadly force.

The customer shot and killed the 19-year-old.

“From all the witnesses … that wasn’t his [the customer’s] first reaction was to grab the gun and start shooting. He absolutely tried to make them stop and he [Williams] would have been just fine waiting for us to get there and arrest these two guys,” Spartanburg County Sheriff Chuck Wright told local reporters.

As for Craig, he immediately fled the scene.

However, before midnight that day, investigators from the Sheriff’s Office Violent Crime Unit were able to identify and apprehend Craig.

He is being charged with Armed Robbery and Possession of a Weapon During a Violent Crime.

Craig is currently being held at the Spartanburg County jail.

As for that customer who shot Williams, police say that he will not face any charges because he was acting in self-defense.  They’ve declined to identify the customer, citing safety concerns.

No citizens were harmed in the shooting.