You may well have heard tales of how badly lead bullets perform in the heat of battle and many people would have you believe that if you want to put the bad guy down for the count, then your handgun must be stoked at all times with hollow points bullets.  But how true are the stories? Can cast bullets be used for more than just hunting and target practice?

The Trouble with Hollowpoints

The hollowpoint bullet—the quintessential self-defense ammo—is designed to expand upon impact.  The theory here is to: a) do the most amount of damage a single projectile can deal and b) prevent over penetration of the projectile through the target.  Problem is, at lower velocities (say less than 800 or 900 fps) the hollowpoint might not expand, which would totally defeat the purpose of the bullet. 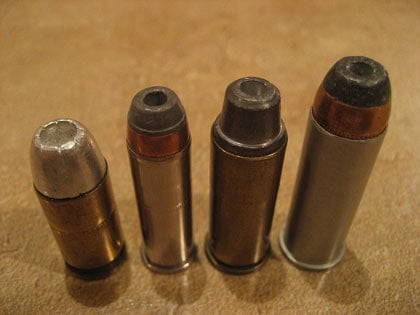 Another thing that can happen is that the cavity of the hollowpoint can become clogged with debris, which can also cause the bullet to fail to expand. I once shot a pressure treated four by four stud with a .41 Magnum using a Winchester hollow point. I recovered the bullet, which looked nearly perfect because the cavity was plugged with wood. Without expansion, my hollowpoints performed nearly as well as a cast lead bullet (and were much more expensive).

One of the biggest problems with lead bullets in handguns is the design of the slug itself and perhaps the worst example of this is the old soft lead 158 grain round nose that has been used in the .38 Special for what seems like an eternity. That particular bullet earned the nickname the “widow maker” and this is in reference to the fate of the guy holding the gun these bullets were coming out of rather than his intended target. These “doughy” projectiles are also the culprit when it comes to what gave the .38 Special an undue reputation as a poor personal defense gun. 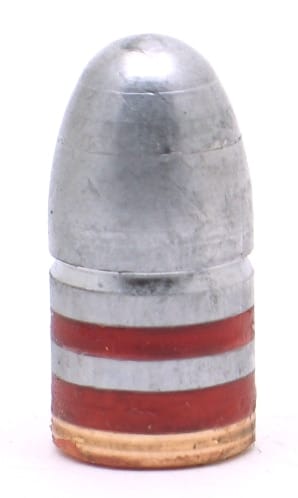 But lead bullets’ history of failure when it comes to deadly encounters is sort of irrelevant when you consider that the real “killing power” of any handgun bullet is in the meplat.  The wider the better and this is a feature that the semi-wadcutter shares with the hollow point in a way as their profiles are very much the same. So why not use a semi-wadcutter for personal defense?

Cast bullets’ biggest self-defense shortcomings are in fact not inherent to the projectiles but rather more of a product of operator error (or ignorance). A great number of people out there think their bullets should be cast hard enough to penetrate an Abrams tank, which increases the likelihood the bullet will stay intact and over-penetrate the target, all bad for personal protection.  As we saw with our hollowpoint examples, a non-expanding round is exactly what you don’t want in a self-defense cartridge and, luckily, your cast bullets “expansion index” can be easily regulated by softening your cast.

In my opinion, if you cast your bullets to a hardness of only 10 to 12 BHN then there is no reason why they will not work for personal defense. In a .38 Special, I would have no problem with a slower moving cast bullet like the old #358429 loaded down to 800 fps. At 170 grains (with its wide meplat), this bullet would also do the trick if it were cast correctly. If it were cast too hard it would be no better than a FMJ and you would be right back where you started. 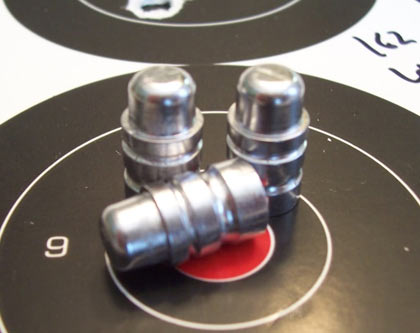 In larger calibers like the .45 ACP and the .45 Colt I cannot think of a better thing to load the gun with then a good cast bullet. For decades the .45 ACP performed admirably with nothing more than a FMJ—a round that does not expand at all and is certainly inferior to a good semi-wadcutter. With the .45 Colt for decades the only bullet even available was a lead round nose which was known for its performance on man or beast.

One such complaint I have heard about using a cast bullet is that if they ever were involved in a self-defense shooting, than they would be more likely to face prosecution because they were using a handmade bullet instead of something commercially produced. I have never heard of anyone being hauled off to the slammer for their choice of bullet as long as the shooting was legitimate.

While it has been touted as the only real choice for personal defense, the hollowpoint is not alone in being able to get the job done. A good semi-wadcutter and not one cast as hard as concrete can work just as well, providing good performance and appropriate penetration and at a cost that makes them fun for you and your wallet.

Even a cursory glance at ballistic performance can change our perception of what constitutes an effective self-defense round.  What’s your favorite self-defense ammo?