Chiappa’s Mfour-22 carbines and pistols are a lot of fun and good training, too.  They’re blowback-operated guns that  replicate an M4 and they’re chambered in .22 Long Rifle.

The Mfour came out about this time last year, along with just the upper, and the pistol followed soon after.  They’re manufactured by Chiappa/Armi Sport, which is somewhat of an Italian .22 specialist.  Chiappa may be know best for their Rhino revolver, (or maybe RFIDgate) and they make classy remakes of cowboy guns, but their bread and butter is replica .22s. 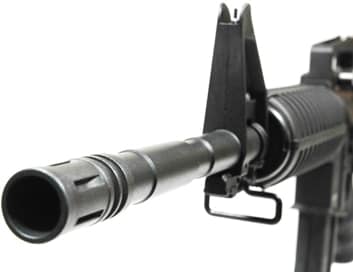 And as such, they make reliable, consistent firearms chambered for .22 Long Rifle.  The Mfour-22 has only reinforced this.  Although it’s slightly lighter at 5.5 pounds and has a 16-inch barrel with a fake flash hider, the Mfour is more true to form than less, and with its 28-round magazines (ten-rounders available where necessary), has gained a following with both the economically-minded tactical crowd just as much as with plinkers.

The main complaint is that the sights aren’t the best.  They are M4 dual-aperture sights, they’re just on the budget end of the spectrum.  The whole rifle can be had for under $400, the upper for $300; the pistol, because of its novelty no doubt 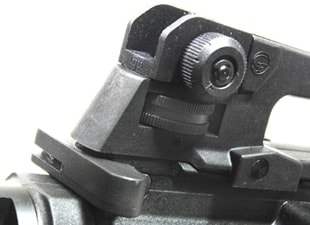 , is actually selling for a little more than the rifle, and prices there start at four bills.

So they’re trusty, fun little guns that are popular, good-looking, and cheap.  Chiappa wants to expand on the line, it’s understandable.  But they’ve got great products already, what are they to do?  Colors!

Well, color.  Chiappa’s finally coming out with their Mfour-22 in desert tan.  No word on when, exactly, but it can’t be too hard to make them cosmetically different.  The MSRP isn’t going to be any different, either.

Sure, new colors are new colors, which is to say, not much.  Still, it could make it a whole lot easier to tell which one is in 5.56 NATO and which one eats 555s.  Is an Mfour on your wish list, and has colored furniture ever pushed you over the edge when it comes to buying a gun?