Like many who covered SHOT Show this year, Paul M. Barrett, author of the newly released book “Glock: The Rise of America’s Gun”, requested press credentials for the show last fall.

Why is this concerning?

Well, according to the National Shooting Sports Foundation, the organizers of the show, to register for a press badge the applicant needs a “copy of valid press pass issued by a bona fide news organization.” 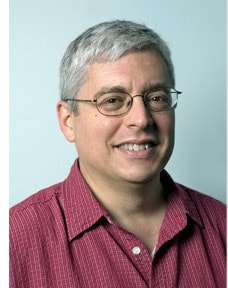 Aside from writing a comprehensive history about Glock, its creator, and how it became the iconic pistol it is today in America, Barrett is the assistant managing editor and senior feature writer for Bloomberg Businessweek, a distinguished news magazine that has a circulation of 900,000.

Barrett has covered the gun industry for more than 15 years, for Bloomberg since 2005, and, to top it off, the NSSF had also approved him for a press badge for the previous four years.

Though, Barrett had shared this story with Guns.com and other gun websites while in Las Vegas, nothing was in ink about it until AmmoLand.com published a letter by Barrett, which detailed his side of the story.

In it he explains, “Apparently, the executives at Glock Inc … are worried about the book’s look behind the scenes at the company. So Glock Inc. forced the National Shooting Sports Foundation to rescind my press credentials for the 2012 SHOT Show expo floor.”

To further stir the pot, Barrett added in an email, “An NSSF executive told me by telephone that Glock initiated the decision to rescind my credentials. I don’t hold NSSF professional staff responsible for this. I understand that Glock is an influential member of the Board of Governors.”

The NSSF neither confirmed nor denied if they did rescind his press credentials or if Glock Inc was behind it, but NSSF Managing Director of Marketing Mark Thomas did verify the Barrett was denied entrance.

In an email Thomas wrote, “The SHOT Show is a private event owned by NSSF. Mr. Barrett was allowed in any of the public access areas of the Venetian and the Sands. However, for the private show, the NSSF Board of Governors did not approve his pass to the show floor.”

Explaining why is a bit difficult. NSSF Director of Communications Bill Brassard said that he couldn’t add anything more to the Governors’ decision.

When asked during Media Day on Jan. 16 about the book, a Glock spokesman said the company had no comment on it.

But there’s already been plenty of buzz about it. The Glock book has gotten positive reviews by numerous newspapers and gun publications including the USA Today, Washington Post, Wall Street Journal and even by the NRA’s American Rifleman.

Though the only criticism of the book, which was made by a handful of reviewers, was on the subjective comments in the closing chapter where Barrett explains his thoughts on high-capacity magazines. However, just about all the reviewers—professional or amateur, positive or negative—agree that the book’s narrative is spot on. It shows the company when at its best and worst. And its worst may push the envelope on legal and moral grounds, but it’s what had happened.

In the end, the book doesn’t make Glock any more or any less accurate of a pistol, or more or less reliable. It’s still a high quality, affordable pistol that almost every American is familiar with. But this controversy is like slapping a parental advisory label on a CD and we all know how well that worked out. How else could you explain the survival of 2 Live Crew?

“There is a charm about the forbidden that makes it unspeakably desirable.”—Mark Twain