Why Do Concealed Carriers Carry Concealed?

With very few exceptions, politicians tailor their positions in line with those held by their base of support (especially when it comes to guns) and for those opposed to concealed carry, this often means pointing to numbers that make the argument gun-related deaths would be vastly diminished if we all were to simply disarm. But what these political interests tend to avoid are the powerful anecdotal cases where a legally armed citizen defended himself or herself against some robber, rapist or lunatic.

The very mention of these occasions generally sends politicians into vapor locks as they vehemently denounce the thought of such self-defense incidents as dangerous (duh?) or bordering on vigilantism. For example, in 2008 then presidential candidate Barack Obama told the Pittsburgh Tribune, “I’m not in favor of concealed weapons. I think that creates a potential atmosphere where more innocent people could get shot during altercations.” Former Chicago Mayor Richard Daley, in an address at the Federal Gun Legislation Press Conference in Washington DC on the evening of November 13, 1998, stated, “If it was up to me, no one but law enforcement officers would own handguns, but I understand that it’s impractical to pass a national ban.”

What these folks fail to realize—and what I would argue most gun owners in this country understand with crystal-clear clarity—is that their instincts on the issue of gun ownership are ultimately pretty meaningless.  Gun ownership is a right delineated under the Second Amendment of the Constitution.  Period.  But beyond that, when an educated gun owner is carrying a concealed firearm they are likely doing it for very specific reasons related to safety—and not just their own safety but the safety of their fellow citizens. 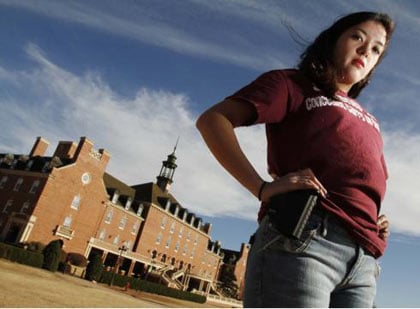 Don’t believe me?  Just ask yourself this, why would anybody go through the three-ring circus of getting a permit, forfeit their fingerprints over to Uncle Sam in the process and then spend the rest of their days becoming an armchair attorney just so they can navigate the labyrinthine system of state-to-state carry laws, if they didn’t have a well-thought out reason for concealed carrying?  Just to waste time?

It’s my informed opinion that most folks who carry firearms do not do so because they are looking for altercations or because they’re afraid or exasperated by life, as Obama insinuated when he said people  “cling to guns… as a way to explain their frustrations” while on the campaign trail in ‘08. They do so simply because they do not feel safe in 2012 America and no amount of data is going to change that.  They know that a violent criminal isn’t going to be convinced to abort his felonious mission because of a bunch of statistics that show the crime rate he’s contributing to is actually going down; instead they take every individual story they hear about these horrible acts of violence seriously.

And no wonder—does it hurt any less to get shot during a downswing in crime?  Do you think some eloquently delivered rhetoric about fewer robberies will convince your attacker you don’t have to hand over your wallet to him? Does a plummet in statewide gun crime change the fact a man was murdered down your block? Of course not.

Why ‘Guns’ Mean ‘Safety’ to Us 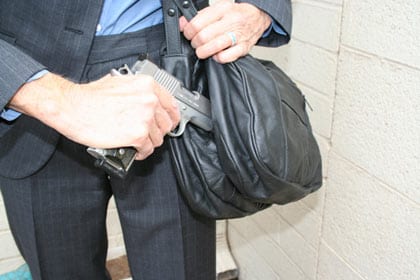 The question then becomes, why do guns equate to ‘safety’ for concealed carriers?  Well, it’s simple really: it’s pretty damn hard to force an armed citizen to doing anything against their will and to many minds power is safety.   By way of anecdote, here’s a story I heard recently from a cop friend of mine that illustrates this very point:

A police officer pulled over a speeding car rural in Georgia.  He walked up to the driver’s side window and asked the motorist, an elderly lady, for her license and registration. While retrieving the requested items the woman told the officer that she was carrying a .38 caliber revolver in her handbag and had two other pistols in the car, one in the glove box and the other in the center console.

“What in the world are you afraid of?” inquired the officer.

“Not a damn thing!” she replied.

This elderly lady had guns out of concern for her safety, and why shouldn’t she be?  She’s old, most likely frail and an easy target for criminals.  A couple of purse pistols however means she suddenly went from powerless to likely even more powerful than her attacker (who may never expect Mrs. Fields to press a snub-nose into his stomach). No, her decision to carry concealed firearms does not mean she was afraid, it means she is aware of the world.

To me, concealed carrying gun owners are making the safe bet that a violent offender will most likely use a weapon of some sort to victimize them (the very same assumption police officers make everyday).  This is the safe move because it makes no logical sense for a criminal, hell bent on taking your money, virtue or life, to not use something to harm you. Concealed carry evens that playing field. 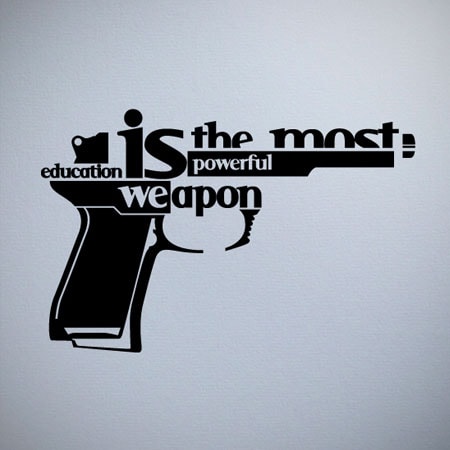 And yes, I’ll be the first in line to admit it: every once in a blue moon there is going to be a tragic gun-related incident involving a CCW holder where a poor innocent person loses their life.  This could be because of the negligence of the concealed carrier, negligence of the government for allowing a felon or someone otherwise unfit to slip through the cracks of the permit system, or just an accident.

This is not an ‘if’, this is a ‘when’ but the same goes for just about everything in life.  I’ll also remind you that there will be tragic car, ice, blender, bathtub, sport, insect, doctor and plane related incidents too and perhaps most importantly to this argument, gun and weapons tragedies not involving CCW holders (likely many times more than incidents involving carriers).

The point is this: the world is a dangerous place, and suppressing rather than understanding the firearm as a tool only serves to make it more dangerous.  People carry for their safety and the safety of law-abiding citizens around them, so the drive should not be disarming citizens but rather making concealed carry safer.  The governments afraid of innocent people getting shot when a CCW holder pulls their arm in self-defense?  Well then, start educating shooters on how to shoot and carry properly.