Mexico’s Drug Wars Prove to be Deadlier than Afghanistan (VIDEO)

During the first nine months of 2011 the number of drug-related deaths in one Mexican state exceeded the total number of Afghan civilians killed in the entire country during the same period of time, according to a recent article published by cnsnews.com.

That aforementioned Mexican state is Chihuahua, which abuts Texas and New Mexico.  And from Jan. – Sept. 2011, there were 2,276 people killed in Chihuahua compared with 2,177 civilians killed in all of Afghanistan. 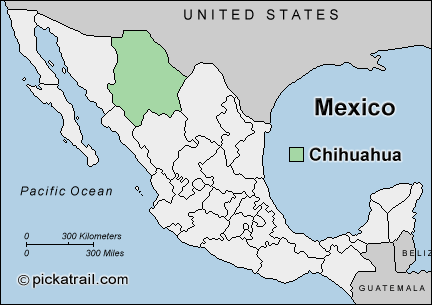 In Chihuahua, the causes of those deaths can be ascribed to organize crime and/or drug-related violence, according to the Mexican government.

Whereas in Afghanistan, 75 percent of civilian deaths were attributed to “anti-government elements” such as the Taliban and other known sectarian organizations, according to a Congressional Research Service report.

To break down these numbers further, a per capita analysis shows that a person living in Chihuahua during those months was nine times more likely to be murdered than one residing in Afghanistan. 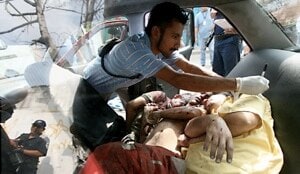 And Ciudad Juarez is easily considered one of the most dangerous cities in the world.  For three consecutive years 2008-2010, it was the deadliest city in the world.  Last year, in 2011, it came in second on the list of the world’s deadliest cities with a tally of 148 homicides for every 100,000 residents (San Pedro Sula, Honduras, with 159 murders per 100,000 inhabitants took top honors).

Looking at the larger picture in Mexico, 12,903 people were killed in drug-related violence between that Jan. and Sept. 2011 timeframe, increasing 11 percent from the same period of 2010 and bringing the drug war death toll since December 2006, when President Felipe Calderon began a militarized crackdown on organized crime, to 47,515.

To compare those numbers to totals in Afghanistan, the CRS report showed that 11,007 Afghan civilians were killed from 2007 through October 2011. And as cnsnews.com pointed out, “that is about 80 percent fewer deaths than the 47,515 drug-related murders in Mexico over roughly the same period (December 2006 through September 2011).” 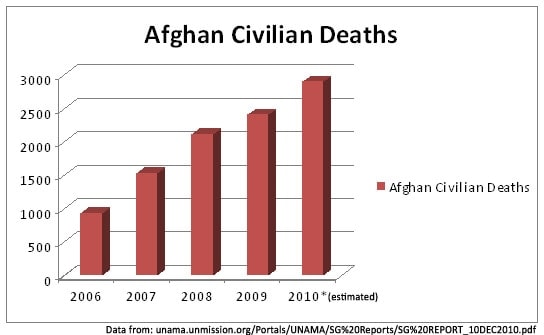 “Even if Afghan National Army (1,933) and police (3,834) fatalities are added to the civilian death toll the total number of deaths in Afghanistan over that period – 16,774 – is still almost three times smaller than the Mexican figure,” the cnsnews.com report added. 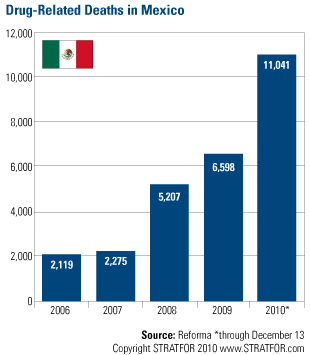 Every year Mexico’s murder total has grown despite Calderon’s war on drugs.  And it appears there’s no end in sight.  These well-armed, well-heeled drug cartels are not going to go gently into that good night.

This sad truth raises many questions, but most notably, if you can’t fight fire with fire, how do you stop this out-of-control violence?  Should Mexico legalize the sale and distribution of illicit drugs?  Should it nationalize drug sales (regulate drug sales)?