LISTEN UP: The Deafening Case for Ear Protection While Shooting

You know how it was when you were younger: you thought you were indestructible and you could do just about anything without consequence.

Such is the naivety of youth.  Really it’s not until we get much older that we start to notice how things works and one thing a lot of us start to notice (especially those of use who have been around loud noises like gunshots for many of our waking hours) is a ringing in the ears, one that never quite seems to go away.

Every year more hunters and shooters find they are suffering from irreversible hearing loss brought on by prolonged exposure to gunshots and when we consider that prevention is so cheap and easy—simply using ear protection every time you go shooting—this reality is unacceptable.

One day of Shooting, A Lifetime of Hearing Loss 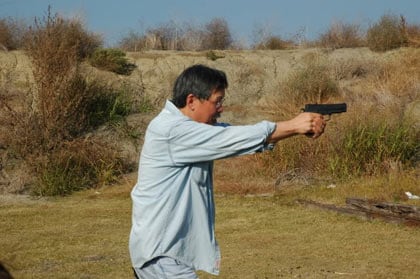 When I first started shooting I was 18 and like many red-blooded American males, I never really bothered with ear protection—until I shot my first handgun. All it took was one day shooting a large caliber revolver to learn just how painful it can be and how long the effects can linger when you shoot without ear protection.

At the time I had a Ruger Blackhawk in .357 Magnum and one day I took it out with some factory ammo—some good, heavy duty stuff to practice with for hunting. I couldn’t be bothered with the earplugs, didn’t even bring any along with me and by the time my shooting session was over, my left ear was ringing so bad sounds actually hurt to hear and I was sure I had lost hearing permanently.

The immediate deafness took about a week to subside and believe it or not I still have the same ringing in my left ear though it has quieted down over the years, no pun intended.  Decades later and I know in my heart of hearts my hearing problems in that ear stem from one day of shooting when I was 18. 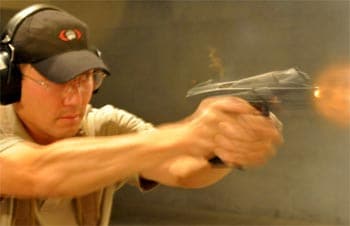 Firearms are loud and repeated firing, whether it is a .22 or a .44 Magnum, will damage your hearing. To give you a frame of reference, a typical human conversation occurs at a decibel level of about 60 db (with the exception of some married couples I know).

Compare this to a gun, any gun, going off.  A .22 is at least 120 db and the caliber doesn’t need to get that much bigger before the decibel level climbs right up there with the sound of a jet airplane taking off. Considering that hearing loss can start at anything over 85 db, unless you’re shooting airguns or suppressed weapons (and even then, not all supressors are made equal) there is never a time that you should be range shooting without hearing protection.

Why Hearing Loss is Permanent

The second half of this equation involves the nature of human hearing and how this instrument reacts to loud noises. When humans experience what we know as sound, sound waves are being funneled into the ear via the external ear canal.  These waves hit the eardrum, really just a thin membrane, and the compression and rarefaction of these waves puts the eardrum into motion. 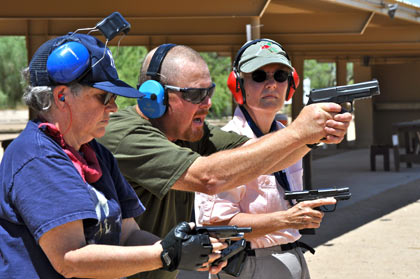 This movement causes a chain reaction of vibrations to occur through the middle ear bones and, in turn, the hairs that line the cochlea (the spiral-shaped cavity in the inner ear that is the auditory portion of the system) called Stereocilia or commonly just Cilia, also commence to vibrating.

It’s here, courtesy of the information gathered by these hair cells’ vibrations, that actual hearing occurs: the “noise” is sent from the cilia through the auditory nerve to be processed in the brain.  The intensity of stimulation (i.e. how hard and fast these hairs are vibrating) indicates of the nature of the sound—and also makes gunshots so dangerous to your aural life.

You see, when these fragile, little hairs vibrate too hard or too fast, they snap off like any moving part would after too much or too hard of use.  The problem is, they never grow back.  Ever. And though your body may compensate (you have millions of Cilia in your ears) this means that once the damage is done, it’s there to stay.

It Doesn’t Take Much to Protect Your Hearing

The good news (and in the context of how many shooters fail to even follow this simple procedure, tragic news) is that protecting your hearing while shooting is probably the easiest and cheapest part of owning a gun.

Hearing protection can be as simple as a pair of inside the ear foam plugs to something as complex as top of the line, noise cancelling headphones that amplify sounds at lower decibel levels while cutting out sounds that breach the hearing loss danger zone.  The cool part is, one is really not better than the other as long as whatever protection you chose blocks out gunshots in the field. 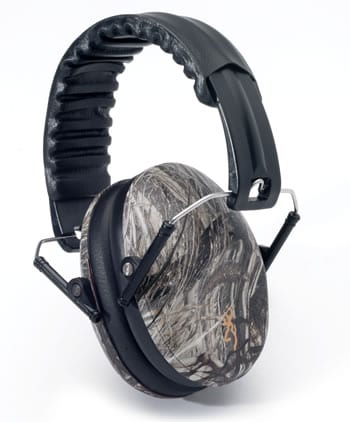 The style of ear protection you chose should come from trial and error—try a bunch and see what you like because if you like it chances are you’ll use it.  For example, inside-the-ear plugs make for excellent sound barriers but you have to fit them properly in your ear canal (deep enough to block off the sound, but not so deep that you risk damaging you inner ear).

Some people have a hard time threading them into their ears or find them irritating once they expand into place.  Others find they can’t get them into place, period, usually because of the shape of the ear canal.

If you are one of these people, I would suggest using over the ear headphones, designed specifically for shooting and rated to at least a 30 db.  These are not the headphones you bought for your iPod.

This will lessen the sound though not as much as earplugs.  If you want something more protective, electronic noise canceling headphones are usually rated to about 90 db and, in recent years, have really come down in price.  Caldwell makes a pair of electronic headphones that retail for only $30 (they do a good job, though I have heard that sometimes they let a louder than normal boom sneak through, usually when their position shifts on the shooters head).

If you want even more protections, use both earplugs and over the ear headphones.

Most public ranges supply earplugs or full on shooting muffs gratis with range admission (in fact, many would think twice about even going to a public range that didn’t offer access to these staples). Regardless, I, like a lot gun folks, never go shooting without my own.