At SHOT Show we got treated by NcSTAR to have a look at their latest AK accessory, a top cover rail that’s a whole lot more interesting than their old model.  We actually played around with a prototype and came away from it impressed.

Their current AK rail, the MTAK, is solid, durable, and maintains its zero.  It’s also cheap when you compare it to some of the other rail systems out there (it’s usually under $30). 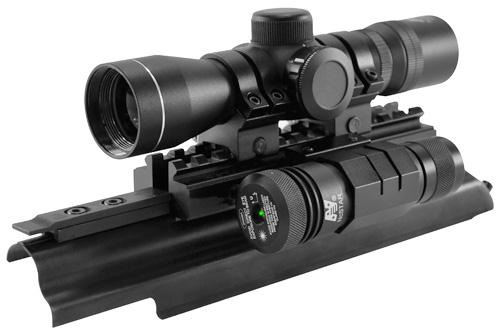 Unlike the Texas Weapon Systems or Parabellum Armament rails, the NcSTAR top cover doesn’t monopolize your rear sight.  This is good news for anyone who has or wants to upgrade their AKs sights to something a little less conscript-centric, or has an AK variant without a standard rear sight block.

It maintains its zero by way of adjustable set screws, two at the front and two at the rear.  These can be tuned to make the top cover snug and steady.

The drawback is that it’s heavy, and damn tall.  It’s a tri-rail setup that puts a lot of metal where an AK likes it least, and at just a hair under ten ounces, becomes its own problem, especially if your AK recoil spring is on the soft side and the bolt strikes it. 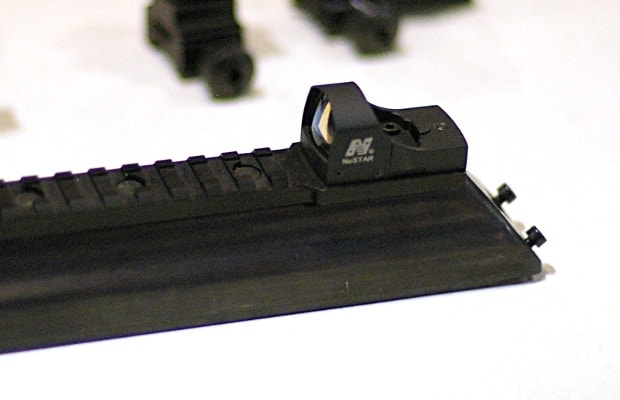 The prototype we handled was light, maybe five ounces, and that included the installed reflex sight.  It has just a single Picatinny rail and it terminates at an NcSTAR reflex sight mount.  The prototype was worn from use, as it had been bouncing around among the staff as they evaluated it.  We asked if it cowitnessed, and it does, lower 1/3rd.  They were all proud of it.

We asked NcSTAR if they were planning on making them with other mounting options, and despite the fact that they are an optics company, were open to it.  Once they’d gotten theirs to market, anyway.

Unfortunately, because it’s still in development, they couldn’t tell us when they’d be ready to make them available.  But we did ask them about the price, and including the optic, a hundred bucks, maybe a little more, might be about right. 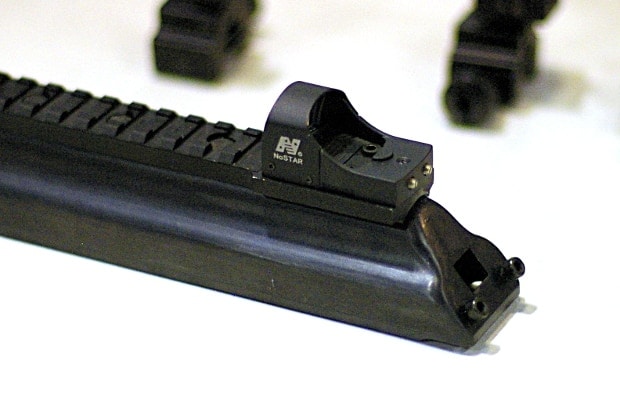 The AK is a hugely popular gun in the U.S., because it’s reliable and affordable.  We hope this new prototype lives up to the AK; it could be a very nice optic solution for AK fans on a budget, or anyone who just wants to dip a toe into those tactical waters.