Army Sergeant Took 9mm round to Face, Saved by the Skin of His Teeth

Guns.com would never call a war story “normal” but the one we’ve got for you today has to rank up there as one of the most bizarre.  It’s also a story that underlines how unpredictable a gun’s performance can be in the heat of battle and along those same lines, how resilient our troops can be when they’re in a war zone.

On December 24, 2004 a US Sergeant Reservist Citizen Soldier was admitted to the Ibn Sina Hospital in Baghdad covered in his own blood.  This was not an uncommon occurrence at the hospital but the story behind how he came to arrive there is fantastic and if you ever needed convincing to brush your teeth, here it is:

The story really begins after US intelligence fingered two adjoining houses as possible terrorists hideouts and sent in two squads to sweep and clear both dwellings; a common enough assignment but, as was too often the case in Baghdad circa ’04, things got complicated quickly.  The sergeant in question, who shall remain nameless, led the second squad.

The first house was in fact full of holed up insurgents and the first squad initiated action as small arms fire broke out almost immediately.  In step, the Sergeant advanced with his men on the second building warily, fully expecting a gun fight. 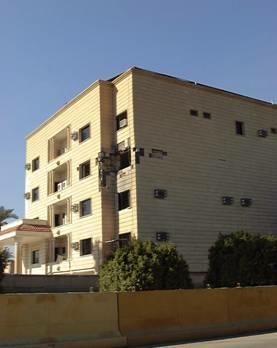 Once inside the house though, things seemed quiet and the entire squad broke off into teams and commenced a sweep of all the rooms in the building—which lead to what many would call a miracle. Slowly turning a corner, the Sergeant found himself looking straight down the barrel of a 9 mm pistol. I don’t think it’s presumptuous to state that at that moment, with a handgun held only a precious few feet away from his face, the Sergeant was sure he was going to die, particularly when the terrorist pulled the trigger.

Yet despite the blast from the weapon, the shocked Sergeant remained standing.  Regaining his bearing on the situation, the Sergeant figured that the impossible had just happened and it was a miss so he moved aggressively toward the Iraqi who cowered and surrendered at the sight of the American Sergeant who took a round in the face and just kept coming. 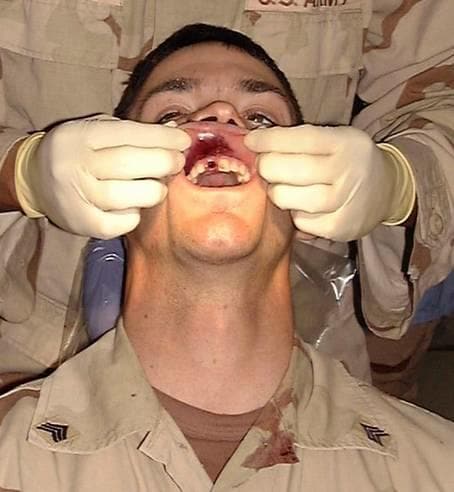 In the aftermath of the raid, the participating American soldiers gathered up the insurgents, living and dead, and arranged for transportation back to their base with all the turmoil and confusion associated with such a feat.  When these activities simmered down though, the Sergeant began to feel light headed and wondered why his men were looking at him strangely.  Without a mirror, he asked his fellow soldiers if there was something wrong with him.

They told him he should go to the hospital because he was missing a tooth and there was a lot of bleeding above where it used to be on his upper lip. The Sergeant did a mental field injury assessment and, definitely not feeling like he was dying, assumed that the ballistic shock from the up close and personal encounter with the muzzle of a pistol had cause the damage and loosened his front tooth.  The truth would proved much more interesting than that. 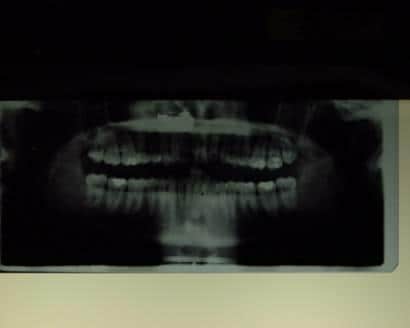 Oral surgeon Major Kimberly Perkins solved the mystery when the Sergeant received medical treatment from an Army Dental team. A panograph (a rotating full head dental X-Ray) of his teeth confirmed that the 9 mm shot had not missed; in fact the terrorist had scored a direct hit to the Sergeant’s face, just south of the nose into the solid upper jaw bone that anchors the front teeth.  When the bullet struck the Sergeant, the bulk of the kinetic energy was (miraculously) transferred down to the tooth (doctors cited strong teeth and good dental health as one of the reasons the Sergeant survived the blast), forcing it to completely eject from his head.  The inert bullet remained implanted in his upper lip.  Though not unheard of, the Sergeant certainly cheated death that day.

LTC Richard Druckman the prosthodontist at the Ibn Sina Hospital created a custom acrylic partial that was replaced by an implant when the Sergeant returned to the U.S. There was some soft tissue damage but other than the missing tooth and an entrance wound to brag about back in the Reserve that was the sum of the damage.  And yes, they removed the embedded bullet.

The nameless Sergeant’s story once again shows us that, in war, expect the unexpected because it’s the only guaranteed to happen and when it comes to understanding the terminal performance of any gun, sometimes you miss even when you hit.