SIG Sauer has been tooling away working on new ways to improve their pistols and help law enforcement and the ACP is one solution.  It’s a universal quad rail system for pistols with optional single-point rear slings or NFA folding wire stocks.  It’s not too spendy, but is is a novelty?

It works well and is sturdy enough, and the concept is both proven and solid.  Companies like FAB Defense have been making pistol-to-carbine kits for many years, kits like the K.P.O.S. which are popular with law enforcement and anyone who does a lot of door-to-door social work.  FAB makes kits for SIG pistols, so why shouldn’t SIG?

SIG’s design is a little different as it’s not pistol-specific.  It requires that the handgun have a Picatinny-railed frame, and you have to use the right rear locking assembly to accommodate different guns’ tangs, but other than that, you’re golden.  So far, they’ve tested it with Glocks, 1911s, and M&Ps in addition to their own guns.

The ACP will be available this year in three different configurations.  First is the basic model, which is just the shell.  You can put optics or backup iron sights or whatever on it, it’s just a very large quad rail with a forward hand stop that encloses your handgun.  It weighs seventeen ounces and will run $370.

The Basic Plus or Enhanced ACP is a little more interesting, it weighs a third of an ounce more with it’s single point sling swivel, not including the sling.  It also comes with a SIG red dot sight and has $500 MSRP. 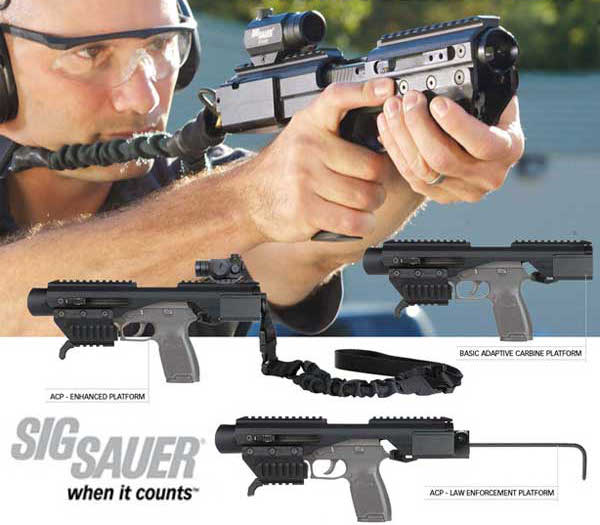 The Law Enforcement ACP runs $400 and is similar to the basic model except with a folding wire stock.  It’s still on the light side at 20 ounces.   All three have a reversible, folding charging handle and a wide muzzle shroud for suppressors.

And while the third one is cool, you know, especially if you’re SWAT, the other two models are a bit… tacticool?  OK, single-point slings work and work very well if you know how to use them correctly to brace a firearm, but you cannot put a front pistol grip on these without turning them into SBRs, stock or no stock.  We will acknowledge they’re useful if SIG admits to a little bandwagoneering. 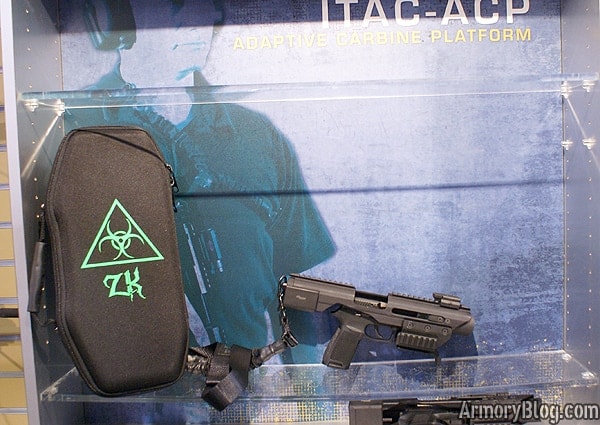 At the very least, they’re not super-expensive.  Even with the red dot, the retail prices won’t be quite that high and you know what?  We like it when people have fun with their guns.  And if that wasn’t why SIG was making these, then this Zombie Killer soft case for your ACP would be wholly inappropriate. 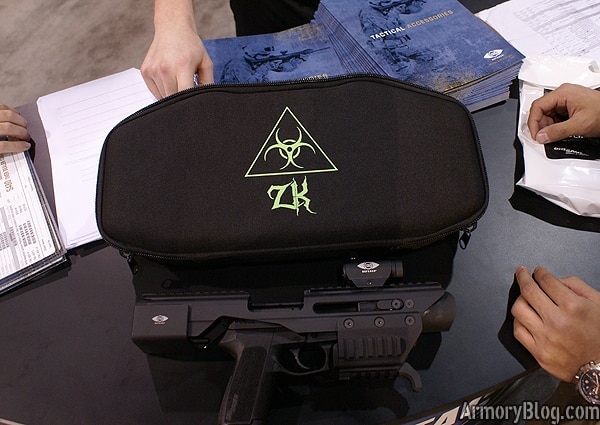