Diamondback is Entering the Shotgun Business with their New RTS (VIDEO)

Diamondback is expanding on its catalog of self-defense-oriented firearms with a new shotgun, the Rattler Tactical Shotgun.  It’s a 590 pump licensed from Mossberg, but the RTS doesn’t bear much in common with that shotgun besides the familiar receiver.

Diamondback, of course, is the Florida-based company behind the DB9 and DB380.

The RTS receiver is made by Diamondback, not Mossberg.  It’s made to a higher set of tolerances than Mossberg’s, for a better overall fit.  It has the Diamondback logo stamped into the side and it also has an adjustable trigger, which can be set from two to seven pounds.

The barrel is hard chromed with a satin finish, and fluted.  It’s 18.5-inches long, just a couple of inches longer than the five-round magazine (5+1 total).  It also has an M4-style telescopic stock that happens to also be a side-folder.  And to be clear, it’s a 12 gauge.

Making sure that they’ve followed through on the Tactical portion of the name, the RTS has four Picatinny rails, three on the forend and one riding the top of the receiver.  Not all of the details have been finalized, for instance, the front sight rides lower than the rear sight rail, but Diamondback expects to have all the wrinkles out and for them to be in stores April or May of this year. 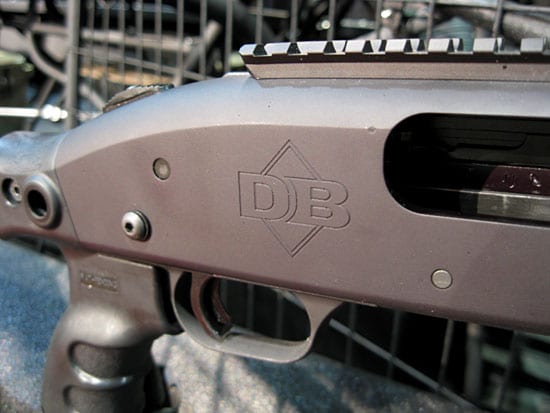 The MSRP is going to stick in craws, we can say that right up front.  According to Gun Holsters and Gear, the MSRP is $1000, and we’re not a hundred percent sure that all of those upgrades make up that difference.  But the good news is that some stores have announced their prices, and the real world sticker is a lot closer to $700.  When you look at it that way, a hard-chromed 590 with all that fancy furniture and a custom trigger is probably priced about right. 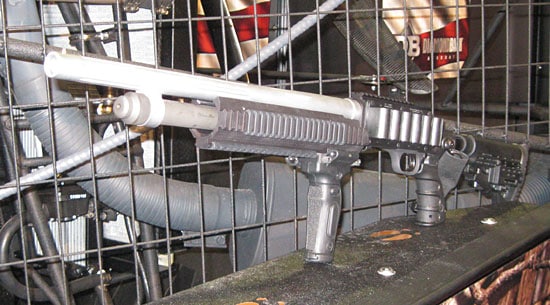 So are you interested in this low-tolerance tactical pump, or would you rather stick with the original Mossberg 590?