Yesterday, the Chesterfield city council in Missouri approved a ban on discharging firearms to protect one’s property from pests such as squirrels, rodents, birds, rabbits and other small, meddlesome animals.

The law applies to firing weapons, including but not limited to pellet guns, blowguns, slingshots, etc., within 150 yards of homes on 10 acres or less (note: the law does not apply to or disrupt Missouri’s self-defense laws with respect to home intruders).

The council approved the measure by a vote of 6 to 2, citing public safety as the main reason for instituting the ban. 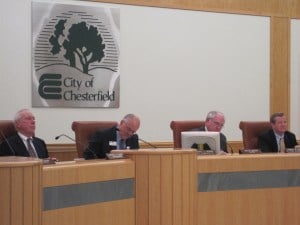 “A pellet gun, as is a blow dart gun, is a very powerful weapon, and this law is a matter of public safety,” Mayor Bruce Geiger told a packed city hall of citizens who had come to weigh in on the matter just prior to council’s vote.

But opponents of the ban said it violates their constitutional rights.

Gene Schenberg, a former Chesterfield councilman and avid squirrel terminator, argued that residents have a constitutional right to protect their homes from rodent-related damage.

The impetus behind the ban came about when Schenberg’s neighbors found several of his errant blow darts in their backyard.  Schenberg changed his tactics, he began using a pellet gun, but by then it was too late.

The neighbors, Gary and Becki Stein, had already begun to go around town with a petition inciting others to back their no-squirrel-shooting cause.

In the end though, the choice of weapon didn’t matter.  The Steins were not going to put up with high-velocity projectiles whizzing around their backyard.

“I want to enjoy my backyard without the fear of an 800-foot-per-second pellet,” Becki Stein said.

Councilman Randy Logan justified the measure by saying that the city “isn’t banning people from protecting their home from squirrels and other animals by traps or removal by a pest expert — we’re dealing with the safety of how it’s done.” 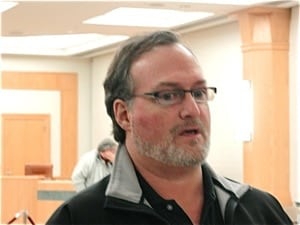 Schenberg claimed that before he started using blowguns and pellet guns he tried using traps, poisons and trimming back trees to mitigate squirrel damage.  Those methods, he maintained, where largely ineffective, so he escalated his defense posture to include more advanced technologies, e.g. first the blowgun, then the pellet gun.

After the city council announced its decision, Schenberg said he “fully expects the law to be invalidated, because state law prevents it from being enacted.”

And he continued to argue that the new law “is an attempt to strip Missourians of constitutional rights.”

Whether an official appeal will be filed challenging the constitutionality of the ban is unclear.  However, for now, one can bet that the squirrels of Chesterfield, Missouri, will sleep a little easier at night.