Should business owners and employees have the right to use deadly force at their office buildings or places of work if there is an intruder on the premises?

The ‘Make My Day Law,’ named after a Dirty Harry tagline, allows Coloradoans to use deadly force against home intruders provided they have reasonable belief that a crime has been committed, is being committed, or will be committed.

Republican Rep. Chris Holbert, the bill’s sponsor, makes a poignant argument on why this law should be extended to businesses, “Are you worth somehow less in the workplace than you are in your residence?”

So far, it appears that the lawmakers on the Colorado House committee are buying into what Rep. Holbert is selling.  A few weeks ago, the committee passed the bill on a 6-5 vote.

The bill, which includes provisions to protect property, will now go before the Republican-controlled state House.  While it is expected to pass there, many believe it won’t make it through the Democrat-controlled state Senate.

In a similar vein, several weeks ago, the state Senate rejected a bill that would have allowed for Constitutional concealed carry. 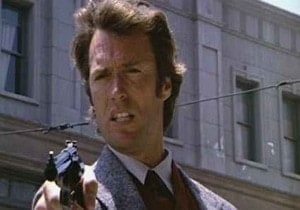 Opponents of the expanded ‘Make My Day’ bill suggest that it gives business owners carte blanche with respect to the law.

“This bill gives business owners a license to kill when nothing is threatened other than property,” Democratic state Rep. Claire Levy told the AP.

But Rep. Holbert was quick to point out a similar concern when the state first passed the original ‘Make My Day’ law back in the ‘80s.

“The opponents to that law were quite sure that we would have an increase in people just being shot on doorsteps, and that hasn’t been the case,” he said.

Holbert added, “This isn’t a blanket coverage to do bad things.”

What this bill would also do is protect those who use deadly force at their place of business from being sued by the families of dead intruders.

In 2009, in Colorado Springs, the family of a robber was awarded close to $300,000 for “factors such as loss of companionship and loss of future earnings” after a jury found, in civil court, that the business owners willfully and deliberately killed the intruder.

No criminal chargers were filed against the business owners.

Looking at the larger picture, there’s a clear trend emerging. That is, more and more states are beginning to recognize that the right to defend oneself extends beyond the home.  This is certainly good news for law-abiding citizens.