I’ve often been accused of being a Smith & Wesson fangirl, but how could I not be?

Not only does the company have a rich tradition of manufacturing well-made American firearms, but in 2012 they have managed to export that tradition en mass by using the latest in marketing technology, i.e. embracing social media and supporting new media ventures, way before many of their competitors.  And, for a modern shooter looking for the easiest way to stay up to date with one of my favorite gunmakers, all I can say is, “Thank you.”

In an industry where websites are often barely usable and Internet marketing is practically unheard of (though, on that front, a huge Guns.com shout-out to Beretta), Smith & Wesson has created a lively social media environment and an easy to navigate online space that has me thoroughly impressed.

The company’s Facebook page isn’t just strategically well thought-out, it’s active; actual gun folks respond to comments and answer questions and their Facebook wall is covered in photos of  guns and gear from happy clients.  For a web-o-phile, these are all good signs.

Likewise, Smith & Wesson’s Twitter feed is also updated on a frequent basis with links to different articles about Smith & Wesson products and different causes that they support.  With the exception of a few (once again we’re thinking Beretta), I can’t think of another gunmaker making waves like this on Twitter.

However, in my estimate, Smith & Wesson’s webpage and online store deserve the most praise.  Both are well put together and this should come as a huge relief for online gun consumers, most of whom just want to find a little information or maybe buy a t-shirt.

If you spend a fair amount of time online, you are most likely familiar with the epidemic of rickety websites plaguing the gun world and, as someone who has spent a lot of time surfing gun industry sites, I can pinpoint every single problem with Smith & Wesson’s site.

But let me tell you, that list is shorter and more trivial than one’s I could make just looking at some industry homepages. It’s easy to find the store, it’s easy to find data on firearms, it’s easy to give them money, the webpage is not difficult to read and the background doesn’t give me a headache; these facts alone put Smith & Wesson miles ahead of some other manufacturers in my opinion.

Smith & Wesson makes it really easy to buy a t-shirt

Another important aspect of Smith & Wesson’s excellent new media enterprise is the involvement of their shooting team in these social media outlets. As celebrities of all kind have found, social media outlets can allow big names to reach many fans on a comparatively intimate level, the power of this for marketing or branding purposes being nearly incalculable.  Smith & Wesson has some of the best shooters in the world wearing their blue jerseys, and these shooters make appearances all over the Internet and on S&W’s own sites, spreading not only the brand Smith & Wesson but information and a love of the shooting sports.

Smith & Wesson Team Captain Julie Golob is someone I count among my heroes and her connection to the world of social media is no small part of that. Julie’s amazing shooting skills are common knowledge as she holds piles of world and national championship titles, but Julie is talented in other areas specifically Internet savviness.

Her expertise as a writer and her work in new media has bolstered the Smith & Wesson brand by splashing the name over many informative articles, blog posts and videos.  The information Julie has put out, much of it addressed toward those who may be new to shooting, has brought in many new shooters, especially women, who might otherwise be intimidated by the sport. 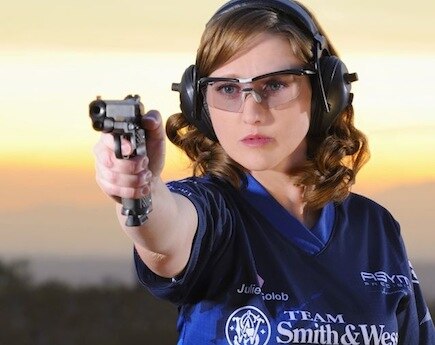 Then there’s Jerry Miculek: 3-gun champion, record-holding revolver shooter and fourteen time international revolver champion, genuinely nice guy and inarguably one of the top shooters in history. Though, Jerry just recently started up his Facebook page, he is already all over television. He has made appearances on Three Gun Nation, as an expert on the History Channel show Top Shot and is one of the featured shooters on the new series on NBC, Hot Shots. These shows help bring the shooting sports to a larger and more general audience. 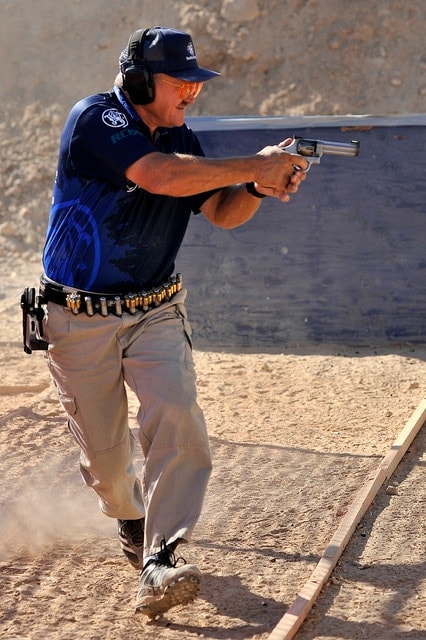 Smith & Wesson’s work with social media and new media, and the work of their competitive shooting team, have helped not only grow the brand but grow the sport of shooting. The information that has been made available through all their outlets and the ease of access through which it is provided on social media sites, television, books, online and elsewhere has been a benefit to the community at large.