Romneyguns.com, A Fair Attack or a Political Cheap Shot?

Watching the 2012 Republican Primary has made me feel like a bit of a sadist.  That is, I’ve derived a strange amount of pleasure from watching former Massachusetts Governor Mitt Romney exchange body blows and pot shots with the pugnacious and indefatigable Newt Gingrich.

Many of you will probably scoff at my admission.  You might even argue that it hasn’t been entertaining in the least.  Rather, it’s been extremely sad and depressing to watch such a spectacular display of political cannibalism in the GOP, especially when we’re being told by the NRA there is so much is at stake. 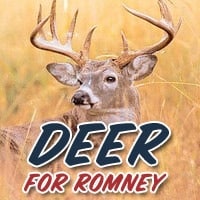 And you wouldn’t be in the minority for having such feelings. Former Alaska Governor Sarah Palin also lamented the self-induced ‘poo-storm’ (to borrow a phrase from Chris Matthews) that’s been raining down on the contenders.

“I am in favor of contested primaries and healthy, pointed debate,” Palin wrote on her website. “They help focus candidates and the electorate. I have fought in tough and heated contested primaries myself. But what we have seen in Florida this week is beyond the pale.”

But for someone like myself who has become jaded with American politics, I can’t help but sit back and laugh at the Machiavellian mindset of modern day politicians.  That is, they will do anything and/or say anything to get elected.  It’s a “by any means necessary” type of attitude that dominates the political landscape. 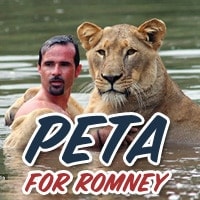 For those of you who think I’m being partisan, I’m not.  It happens on both sides of the aisle. Consider Obama’s recent confession that he will now work closely with Super PACs despite the fact that he has railed against them for so long, calling them at one point a “threat to our democracy.”

The point is simply that political expediency trumps personal ethics in modern politics.  And we are seeing this maxim manifested in many fascinating ways, particularly in the Republican Primary.

One of the more recent examples of this is Romneyguns.com, a Newt Gingrich sponsored website that hammers Romney on his past waffling (‘flip-flopping’) on 2nd Amendment issues.

Is the website a fair attack?  Well, no.  To be perfectly honest, it’s not (note: if the Brady Campaign is Tweeting it, then one can tell it’s probably a guttersnipe attack).  It fails to put things in context.  And it promotes sarcasm over solemnity (check out the profile images, “PETA for Romney,” etc).

I’ll give you an example. On the website it says that “Romney raised Fees on Massachusetts gun owners.” While this is ostensibly true, there’s more to the story as FactCheck.org points out:

As for the claim that Gov. Romney raised fees “on gun owners and people who are blind,” it’s true that in 2003 Romney put forth a fiscal year 2004 budget proposal that included fees on both. But some context is in order.

Romney’s proposed budget sought to raise firearm license fees from $25 to $75. However, the Democratic-controlled Legislature decided to raise those fees even higher, to $100 (see Section 34 of Chapter 140). That burden was eased a bit the following year when the term of a license was increased from four to six years. 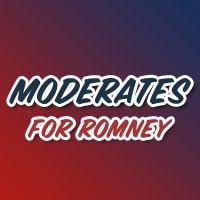 So there, you can see that there’s more to the story than what’s implied on “Romneyguns.com.”

If one’s going to challenge or evaluate Mitt’s stance on the 2nd Amendment, he/she should do so objectively without bias or a hardened political agenda, as I’ve done here.

What politicians don’t understand is that the truth is always the most persuasive argument one can make for or against someone or something.  But too often, the truth is complicated.  So politicians take the road most traveled and engage in reductive cheap shots against one another (“Massachusetts Moderate,” “Saul Alinsky Radical,” “Resigned in Disgrace,”).

Mitt’s stance on the 2nd Amendment is complicated.  There is contradiction and even a little bit of hypocrisy.  But at the end of the day one must recognize that (A) he’s a politician, so he’s going to say and/or do anything to get elected in the first place, which would explain his checkered history on this issue (B) his opponents are also politicians, so they are going to say and/or do anything to disparage him, which includes distorting the truth, omitting facts/taking things out of context, and using sarcastic verisimilitudes, e.g. “Moderates for Romney.”

This all brings me back to my initial point, which is, either we can become depressed by the state of affairs in American politics or we can recognize it for what it is, to use a military term, a SNAFU and laugh at it.  These are really our only two options, as both change and/or resistance to the status quo is futile.

But to answer the larger question, will Romney be a good president for the 2nd Amendment if he is elected?  I think he’d be fine.  Why?  Because it serves his self-interest (his desire to remain in office) to be pro-2nd Amendment president.