Remington and AAC Rolling Out 700s in 300 AAC Blackout

Remington has developed a pair of Model 700 rifles in 300 AAC Blackout, including one model that’s definitely targeting the hunting market.  300 BLK’s supersonic performance matches 7.62x39mm’s, and subsonic it’s something to behold. 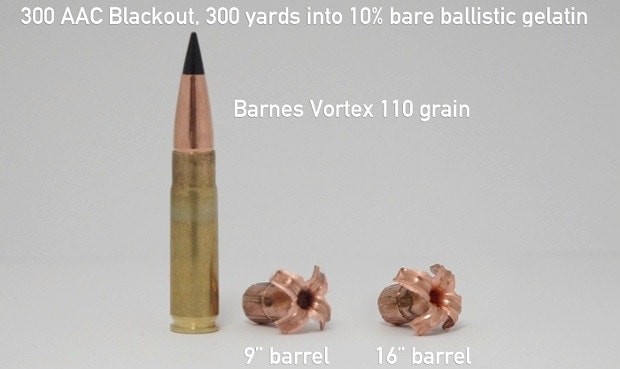 The new, basic Model 700 that the Firearm Blog discovered deviates little from the 700 pattern.  It’s got a 16½-inch barrel which is threaded 5/8-24 for muzzle devices, in this case, hopefully a can, and a simple green Hogue Overmolded stock.  The barrel length isn’t short by any means, as 300 BLK, or 7.62x35mm doesn’t stand much to gain out of barrels over a foot long.  That being said, sixteen inches is the ATF’s magic number so that makes sense. 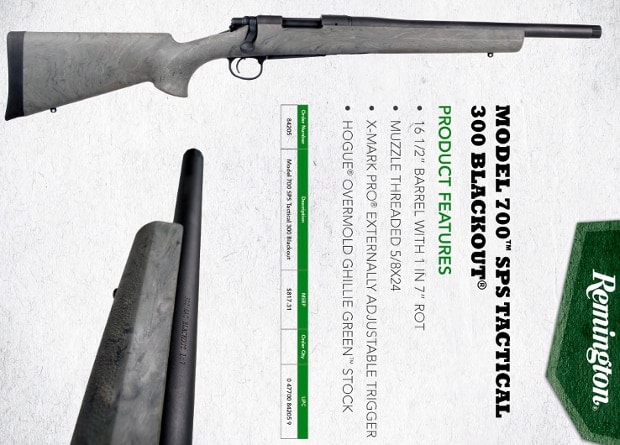 We think the green stock is Remington’s/AAC’s way of selling this rifle to hunters, that and the fact that they told us at SHOT Show that they were working on bringing to market a 300 BLK-specific tuned silencer called “The Hunter”.  It’s a threaded suppressor, not a quick-detach model, threaded in 5/8-24.

The other 700 that they put together is what you’d call a concept rifle.  It’s just to do something cool and maybe test the waters for something similar down the road.  If you have to ask about the price you can’t afford it. 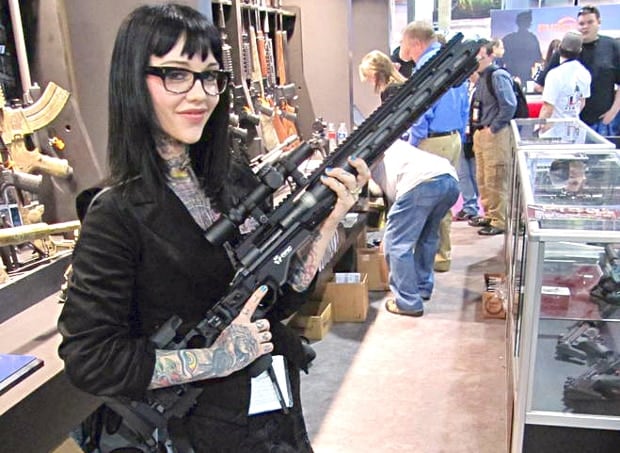 We would definitely like to spend some range time with that one.