Self-Defense Killings in Detroit are 2,200 Percent Above the National Average

The law-abiding people of Detroit, Michigan, are fighting back against the criminals who seek to prey upon them.

The Daily.com reported that the local rate of self-defense killings in Detroit now stands 2,200 percent above the national average.  And Fox News Detroit claimed that the number of justifiable homicides in Detroit in 2010 accounted for at least 10 percent of the country’s total (see chart below for total US Citizen Justifiable Homicides)

What gives?  Why are so many Motor City citizens forced to take the law into their own hands to defend their lives, liberty and property?

As Guns.com reported in the past, shrinking municipal budgets have caused the city to cut back its police force.

A decade ago, Detroit had 4,000 officers.  Now that number is down to 2,700, with 100 more in danger of losing their jobs if the city doesn’t secure federal grant money.

As a result, police response isn’t what it used to be, even despite efforts to upgrade law enforcement technology.

According to the Daily.com, the average response time for priority calls in the city is 24 minutes.  In comparable cities across the country, it is well under 10 minutes. 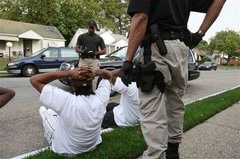 Additionally, many economic experts argue that Detroit has been hit hard by the economic recession, disproportionately so.  Some contend that with jobs getting tougher and tougher to find for the city’s young people, street life, i.e. drug dealing, becomes an increasingly viable way to earn a buck.

The city boasts the second-highest per capita homicide rate in the country, with approximately 49 homicides per 100,000 people.  The number of homicides in 2010 was 308.  In 2011, the number rose to 344, an increase of 36 bodies or 10 percent (note: justifiable homicides are not included in the homicide stats).

It’s gotten so bad that the more affluent neighborhoods have resorted to hiring their own private security teams, some Detroiters pay as much as $200 per month to keep these private operatives patrolling the streets. 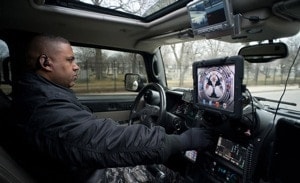 Others, in less well-to do enclaves have resorted to arming themselves.

“It’s like the militiamen who stepped up way back when. That’s where the neighborhood folks are,” James “Jackrabbit” Jackson, a 63-year-old retired Detroit cop, told Daily.com.

But there are those who are highly critical of this militiamen mentality that is sweeping Detroit. They argue that very little good can come from a situation where a civilian acts as the cop, the judge, the jury, and the executioner.