MICOR isn’t a company you hear about everyday, but sure enough they’ve figured out how to make waves.  Formerly a muzzle device specialist, MICOR is now wading into anti-personnel and anti-materiel waters, but with a different approach. 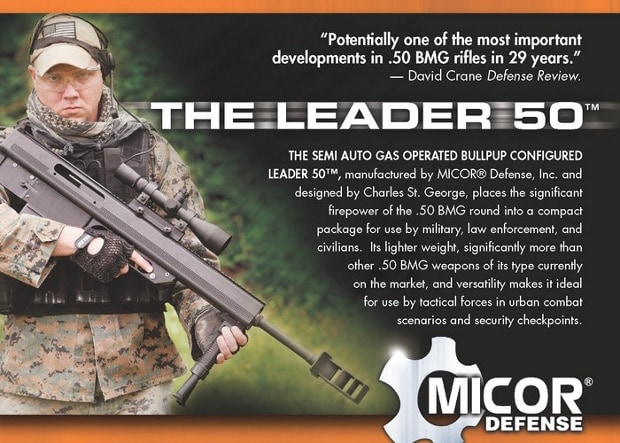 MICOR’s new and first rifle is called the Leader 50 and it’s a lightweight (for a .50 BMG anything) 17-pound bullpup.  It’s got a 24-inch barrel that’s fitted with a muzzle brake that’s the size of a compact car, which makes the statement that its recoil is similar to the M1 Garand’s almost believable.  It also has a very slow action cycle, another thing that probably contributes to the low felt recoil.

To put things into perspective, at 17 pounds, this bullpup can be fired off-handed, standing.  It’s not ideal, but not impossible. 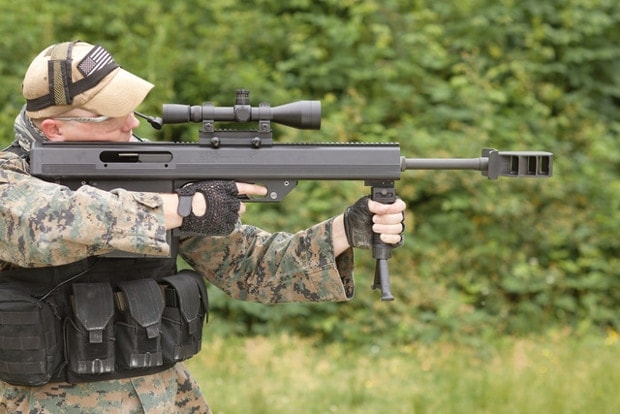 Another interesting thing about the Leader 50 is that it’s semi-automatic, which in theory can reduce accuracy.  However, the short-stroke gas piston system isn’t attached to the barrel, and the action uses a triangular bolt with 45 degrees of lock, so we suspect it’s accurate enough for government work.  It feeds from proprietary 10-round magazines.

While it is a sniper rifle, its compact size (39 inches overall) and barrel length limit its effective range, although MICOR states that its range is an impressive 2000 yards.

It does fit a niche.  The purpose for the Leader 50 is to be maneuverable inside vehicles so your lines can include snipers with the big bullets very easily.

The sticker price on it is a bit steep.  The MSRP is said to be just under $7,000.  But it is fairly unique; At one point, Sabre Defence was developing their own similar bullpup, but they’re not doing business anymore.  LAR Manufacturing’s Grizzly T-50 is a bullpup on paper, but it’s also a single-shot breech-loading rifle, so they’re not really in the same class.  Plus the Grizzly weighs as much as two Leaders. 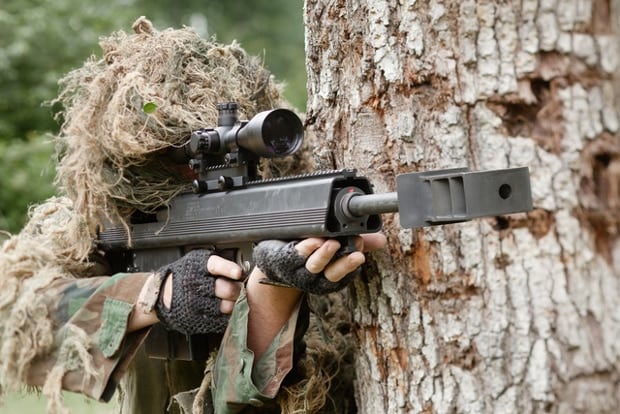 MICOR expects them to be in full production and on store shelves in the first half of this year.