Many would argue that it’s only natural for supporters of the Montana Firearms Freedom Act (FFA) to join in on the fight against the Affordable Care Act (“Obamacare”).

The reason for this convenient union is that both supporters of the FFA and opponents of Obamacare argue that the federal government has overstepped its constitutionally limited powers, particularly with respect to the 9th and 10th Amendments.

That is, the federal government has continued to usurp power from the people and the states via the Constitution’s Interstate Commerce Clause, which gives the fed regulatory powers to meddle in not just interstate affairs and transactions, but intrastate matters as well.

While the Firearms Freedom Act essentially says that government cannot regulate the sale of firearms that are both made and sold in the same state, the federal government says “yes we can” because we have the Commerce Clause. 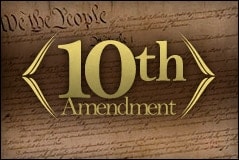 So as the Supreme Court prepares to hear a case that will challenge the Constitutionality of the Affordable Care Act, proponents of the FFA, like the Montana Shooting Sports Association, want to ensure that their arguments against the fed’s unhinged regulatory powers are taken into consideration because how the Supreme Court rules on Obamacare may impact how the FFA fairs in its own legal battle in the 9th U.S. Circuit Court of Appeals.

To make their voices heard, the Montana Shooting Sports Association filed an amicus brief with the high court that explains how the 9th and 10th Amendments supercede and/or modify parts of the Interstate Commerce Clause since they were adopted two years later.

According to the argument in the amicus brief, the law passed later should supersede the earlier law “If the two are inconsistent.”

“The 9th and 10th amendments changed the meaning of the underlying Constitution, including the Commerce, Supremacy, and Necessary and Proper clauses,” the argument continues.

The filing explains that the 9th amendment simply preserves “the right of individuals to choose to buy or not buy health insurance, and the 10th amendment preserves the power of the states to interdict a congressional mandate…” 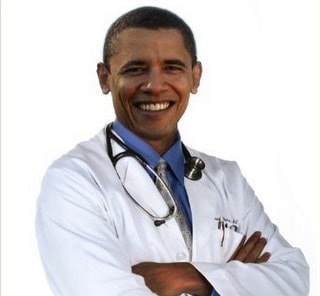 “Congress might as well demand that every homeless person buy a house in order to solve the twin problems of homelessness and the crisis of excessive homes sitting vacant and underutilized by owning lenders,” the filing states.

“None of the powers granted to Congress in the Constitution authorizes Congress to embark upon the new and radical course of requiring that individuals purchase private products, whether houses or health insurance,” the argument concludes.

The above “order argument” may not pass muster given the fact that the Supreme Court expanded the government’s authority under the Commerce Clause in that 1942.

Nevertheless, it will be interesting to see how both of these legal challenges against the fed’s power will play out.

Any predictions on how things will turn out?