We’ve mentioned before how much we like Rock Island Armory’s 1911s.  They’re excellent performers regardless of price, and their offerings for 2012, the 2011 Tactical VZ Grip and .22 TCM series’ 1911s absolutely have our attention.

The new Tactical 2011s will come in both single- and double-stack pistols, and are competition-ready with adjustable sights and a TruGlo fiber-optic front sight.  We expect Rock Island Armory to produce them in 9mm and .45 ACP. 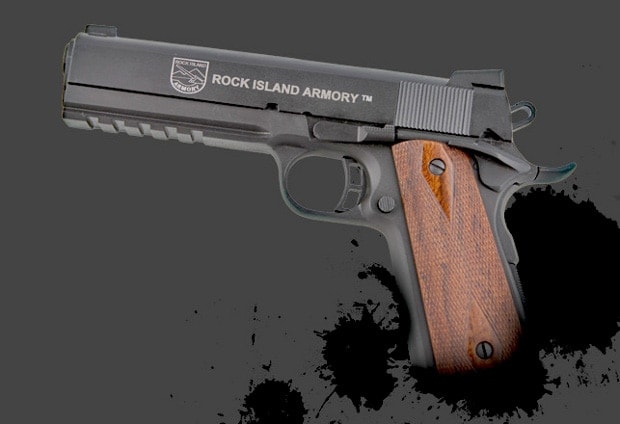 These Tactical models have a full-length dust cover on the frame, with rails that go all the way to the muzzle.  They also use full-length guide rods, skeletonized triggers and hammers, and have flared magwells.  The grips, naturally, are VZ G10 grips which we like a lot (instead of the above wood), and the MSRP will be $750, so expect to find them in stores for $600 or less, in line with their competition 1911s.

The .22 TCM Combo package is extra-interesting.  It made its first splash at the 2011 NASGW Show, and it’s a double-stack 1911 designed to fire Armscor’s proprietary .22 TCM cartridge.  The .22 TCM is made by taking a 9mm case and necking it down to .223, and it fires 40 to 50-grain hollowpoints at a screaming 2100 FPS.  It makes about 400 foot-pounds of energy, but has an extremely low felt recoil. 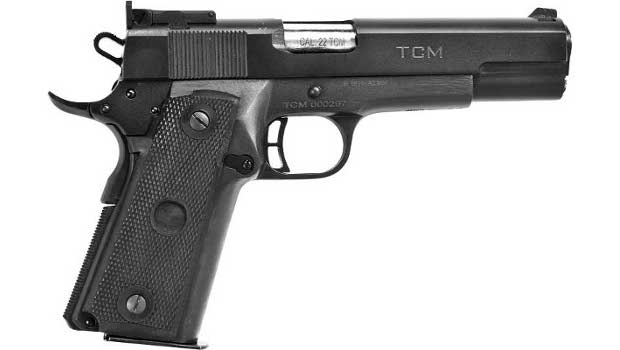 Because Rock Island Armory knows that these fancy bullets—while very cool—won’t be the easiest to come by, the TCM Combo comes with a 9mm conversion barrel; because the case is based on the 9x19mm Parabellum, the extractor, bolt face, and everything else stay the same.  Even the recoil spring works with both.

The .22 TCM Combo comes with an 18-round magazine and adjustable black target sights and is already being listed in stores for under $550, although it and the 2011 Tacticals will only be available starting this summer.

Rock Island Armory 1911s are so inexpensive they’re hard not to buy, and because so many people have, we know that they have a good reputation and track record of reliability, and they’re not picky eaters, either.  No, they don’t have the nicest finish, and yeah, they appreciate a quick fluff-n-buff, but they are solid and well-made 1911s. 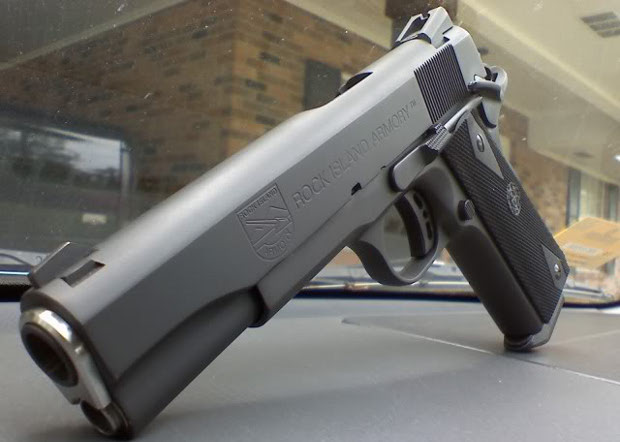 Starting around $350, Rock Island Armory’s 1911s truly are some of the greatest bargains in the shooting world.

Looking to save more money? An affordable option could be to opt for a Used Rock Island Armory 1911.