Official: Russia's Rolling Out the AK-12

Small arms giant Izhmash has begun production of Russia’s long-anticipated AK-12, the 2012 replacement for the AK-74.  From the photos, it’s safe to say that it’s much improved, yet still at heart a Kalashnikov rifle.  Mikhail could approve.

The first big change is rails.  You might have noticed that Picatinny’s standard on the AK-12, although without photos of the left side of the rifle, we can’t assume that it doesn’t also have a side mount.  It would be a tight fit, as it’s supposed to have ambidextrous, thumb-actuated selectors.

Yep, there are two.  One is a safety and the other is a rate-of-fire switch.  It’s capable of single-shot, 3-round burst, and full auto fire.  It’s safe to say that internally, it’s different; the pins aren’t in the same places.  The AK-12 also has a reciprocating dust cover, to match the reciprocating bolt.

The gas block gets a Picatinny rail, too, even though it comes with a familiar-looking front sight post.  With the rear sight mounted at the very end of the receiver, the AK-12’s got a ridiculously long sight radius.  If you look closely at the rear sight, you’ll notice that it’s a standard AK sight mounted into a detachable block, which strikes us as incredibly Russian. 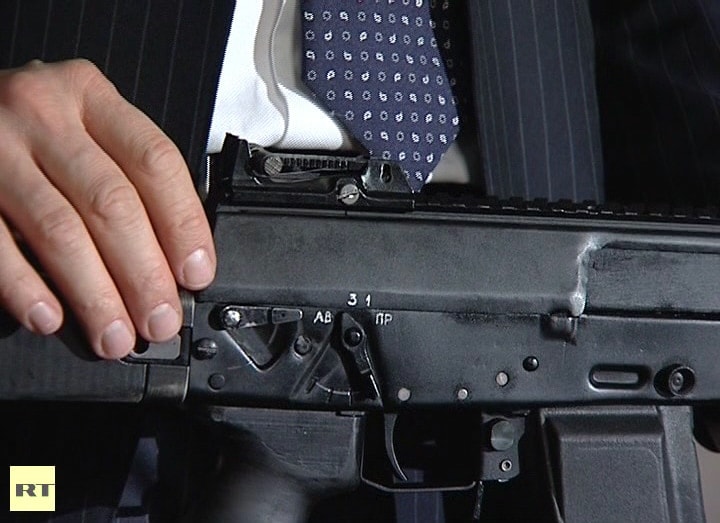 With the front gas block where it is, we’re guessing it doesn’t use the feeding system of the AN-94 nor the dual-piston system of the AK-107/108; we may never know if the the other models got chopped for technical or expense reasons.

The AK-12 will be produced in four calibers, all the popular ones.  5.45x39mm, 5.56x45mm, 7.62x39mm, and 7.62x51mm.  The last lot of improvements are somewhat superficial.  It’s got new adjustable stock which looks like it could be a side-folder, a new flash hider/muzzle brake, a railed polymer handguard, and a new style grip. 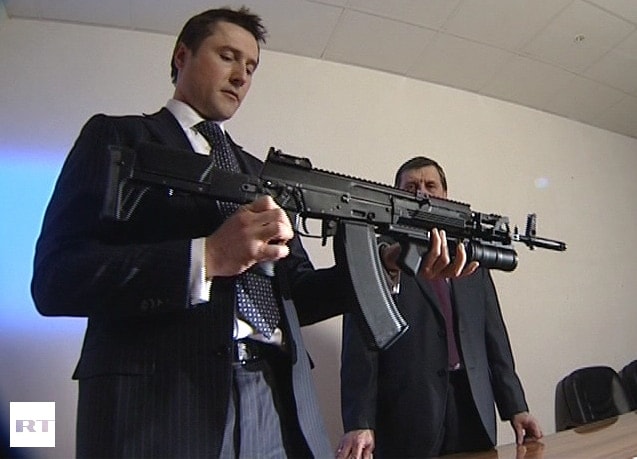 And we might be wrong, but it also looks like the magazine release now has a push-button on the side.  The AK-12 accepts existing AK magazines, although the Russian Federation will be issuing them with their new standard, quad-stack mags which we’ll go out on a limb and assume they hold 60 rounds; those will be nice to have even if we don’t see the rifles any time soon. 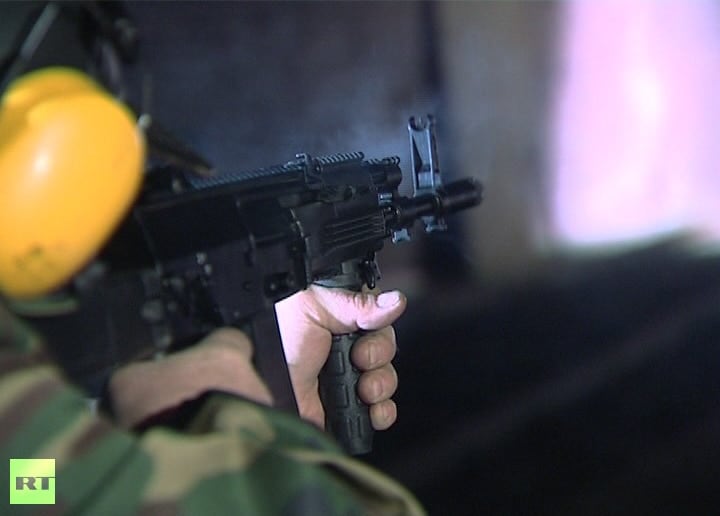 Yes, the AK-12 is destined for military service, but Izhmash isn’t ruling out export.  What would you do to get your hands on the 21st century’s Kalashnikov?  And do you like it, or is is it too much of an ugly brute?