Here’s a slight twist on an old saying, “where it rains, it pours.”

It’s been pouring down in Illinois for quite some time.  As you know, Illinois is the only state in the country that has not legalized some form of concealed carry.

The program would require gun owners to pay a sixty-five dollar registration fee for every handgun they own in addition to providing information to the state regarding a firearm’s make, model as well as where and when it was purchased.

The registration fee isn’t a one-time payment; rather it expires after five years, at which point a $25 renewal fee would be due. 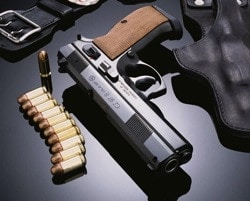 Emanuel called the measure “common sense gun legislation” and compared it to the registration one purchases for an automobile or a motorcycle.

“A state law requiring handgun owners to register their guns — just like they register their cars — will increase the safety of our residents,” the mayor said.

Emanuel expounded on how the registry would help fight crime in the Windy City and across the state.

This new system would, according to the mayor, “provide law enforcement officers with essential information about guns used to commit a crime, reduce illegal firearm transfers and create a fair system of accountability for gun owners.”

“We have a gaping hole in our crime fighting strategy in Chicago and we need to close that hole,” said Mayor Emanuel.”  A lot of guns come into Chicago that are not purchased in Chicago,” he said adding, “Our laws here in Chicago are only as good as our state laws.”

Not surprisingly, there are downstate lawmakers that vehemently disagree with the mayor’s proposal on grounds that (a) it would not reduce crime and (b) it would be an unnecessary financial burden on gun owners.

There’s “just no damned way we’re going to let that happen,” state Sen. Bill Haine (D-Alton) said, according to the Belleville News-Democrat. “I don’t know what possessed Mayor Emanuel to come up with this, but it’s the wrong way to deal with violent crime. The way you deal with violent crime is, you put the police on the street, give them the necessary backing to arrest violent criminals, and then you’ve got to prosecute them and send them to prison.” 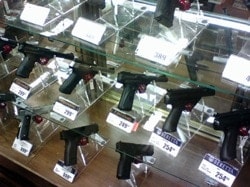 Suffice it to say, those Illinoisans with extensive handgun collections would be paying out thousands of dollars in registration fees, which begs the question: is this measure more about money or “preventing” crime?

Of course, one could argue that it’s also about making guns a cost prohibitive investment for the average citizen.

What’s the likelihood that Illinois refashions its gun laws in the image and likeness of Chicago’s draconian gun control statues?

It’s difficult to say.  Pat Quinn, the Governor of Illinois, declined to endorse Emanuel’s proposal at this point, but said he would welcome legislative debate on the issue (Governor Quinn vowed to veto concealed carry legislation in the past).

We’ll keep you posted on this.