We love VZ Grips’ grips.  They’re some of the most tactilicious, svelt, grippy grips on the market.  Using G10 material combined with their excellent sense of ergonomics and taste, VZ Grips, simply put, makes some of the best grips ever. 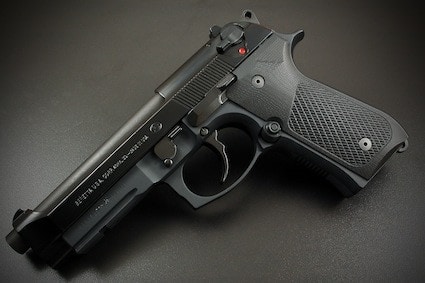 And they’ve just made a whole lot of people happy.  Previously, only owners of 1911s, Hi-Powers, SIGs, CZs, J-frames, and a few others have had the pleasure of upgrading their guns with VZ grips.  Sure, there are other G10 options out there, but it’s hard to match VZ’s.

Now Beretta 92s are getting their G10 love, as well as Para high-capacity double-stack 1911s.  VZ’s G10 grips bind themselves to your palms and not much else; the material doesn’t catch on clothes and won’t bind up on your carry rig, concealed or otherwise. 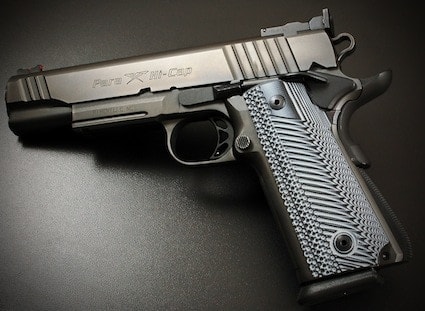 They also tend to be stiffer and thinner than most companies’ wood and rubber grips, letting you get closer to your gun than you may have ever thought possible, without having to go with cold, thin aluminum grips.  This is a boon to both Para and Beretta, whose guns are quite a handful.

Another grip option that they’ve quietly added is for Colt Mustangs.  We don’t know when they started making them but with the new Mustang 2.0 that’s come out recently, there’s going to be a large number of folk looking to fancy up their .380s. 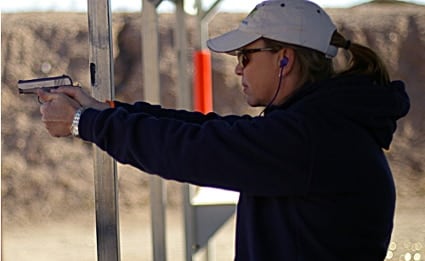 By the way, we had some range time with the Colt Mustang at this year’s SHOT Show, and it was pure win.  The gun was accurate and the recoil unbelievably light, even with the defensive loads we had at hand.  It was like shooting a full-size pistol, only in an ultra-compact package.

VZ’s new grips run in the $60 to $80 range and are available right now in two patterns for Paras and soon more, in the full spread of VZ textures and laminates.  Beretta 92 grips will be available shortly as well.