Robinson Armament pulled out the stops when they designed the XCR.  Designed from the ground up, it’s intended to best the M4 in every possible way.  It’s modular, it can quickly change barrels and calibers, and it’s coming in .308.

Robinson Armament XCR rifles were originally designed to compete in the Army’s Improved Carbine competition.  But as it’s becoming more apparent that the next M4 will be another M4, Robinson is shifting towards the commercial market with the XCR-L and the new XCR-M.

In an interview with Military.com, Alex Robinson, the head of Robinson Armament Company, said when Army officials first announced the competition in 2008 that they were excited about it, but the excitement quickly faded when he began trying to wade through the IC’s narrow guidelines that seem to discourage innovation. 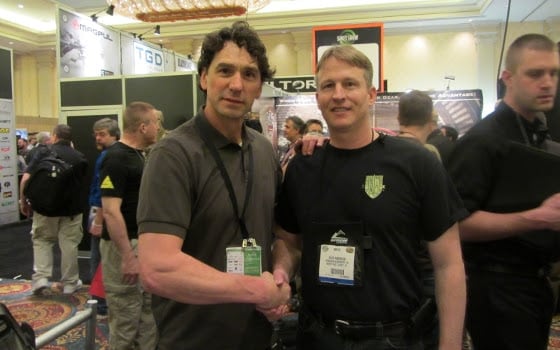 We spoke with Alex Robinson and Aaron Holladay at this year’s SHOT Show and while it was apparently that everyone there was upset that they would not be able to produce new firearms for soldiers who would benefit greatly from them, they weren’t about to slow down developing their own guns. 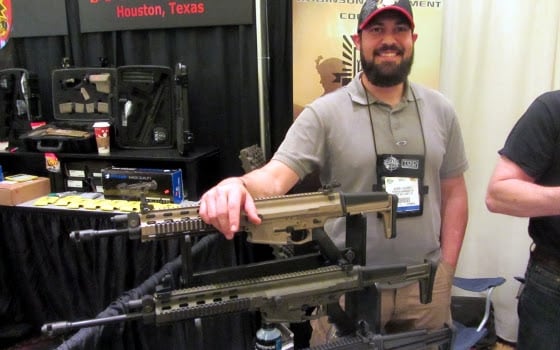 While it’s been known to be in the works, the XCR-M will finally be coming to market this year.  First available in .308 Winchester/7.62 NATO, the XCR-M takes SR-25/M110 pattern magazines, and will be available with 13-, 14- and 16-inch light-profile barrels and 16- and 18.6-inch heavy-profile barrels.  Shortly after it becomes available, Robinson Armory plans to start shipping .260 Remington barrels.  The heavy-barreled rifles weigh nine pounds, the light just a hair over eight.

The XCR is a very simple piston-driven rifle that has the ergonomics of an AR and the dead-reliable operation of an AK, albeit with updates like a non-reciprocating charging bolt that doubles as a forward assist and an adjustable gas piston for when things get really dirty.  The barrels can be swapped with a turn of a screw and headspace and index in seconds. 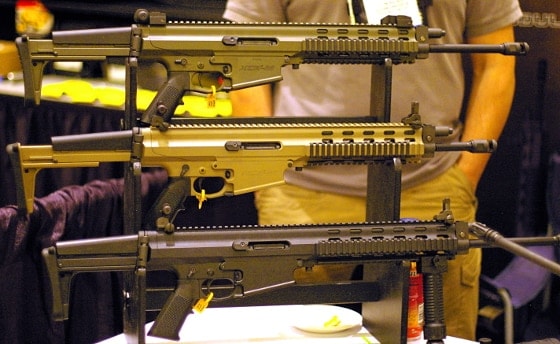 XCRs all now come with match-inspired 2-stage triggers with a 3-4 pound break.  They also come with a folding, fully-adjustable stock with an integrated cheek riser, (except for the XCR pistol, of course) and three finishes: olive drab green, coyote tan, and of course, black.

The addition of battle-rifle chamberings makes the XCR even more enviable as a platform; the XCR-L, the original model, is available in 5.56 NATO, 6.8 SPC, 5.45x39mm and 7.62x39mm configurations.  We did ask about 6.5 Grendel, and yes, it’s still in the works.  Robinson Armory ordered a batch of barrels and was not getting the accuracy they wanted, and are now gearing up to test 6.5 Grendel barrels with 1:8-inch twists.

Photo credit Firearms and Training, who also nabbed some choice shots of the XCR field-stripped.