Last Spring, the Army ordered 2,500 more C-More Systems M26 Modular Accessory Shotgun Systems, a bolt-action magazine-fed under-barrel 12 gauge shotgun.  Already in Afghanistan, the 101st Airborne Division is the next to gear up.  But like any major order the military makes, the move isn’t without controversy.

Currently stationed at Fort Campbell, KY, the 101st is training with the new piece of gear and is quite pleased.

From KitUp, “This is a new capability that is now in your hands for you to conduct your mission downrange,” said Col. Scott C. Armstrong, the head of Project Manager Soldier Weapons, during a presentation ceremony held at Fort Campbell’s Strike Academy, Feb. 7. “This is a big day, not just for the 2nd Brigade, but for the Army.” 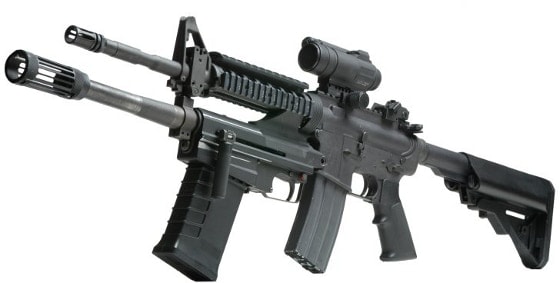 There is some controversy regarding this new shotgun, though.  First and foremost, why fix what ain’t broke?  The Masterkey is the current rifle-mounted shotgun, based on the Remington 870 and manufactured by Knights Armament.  Well, it’s not broken, but it’s not without its shortcomings.

First of all, the M26 MASS weighs a fraction of the Masterkey.  It weighs 3.31 pounds compared to the Masterkey’s 5.75.  And not only is it easier to load with detachable magazines, it has a higher standard capacity, five shots versus three. 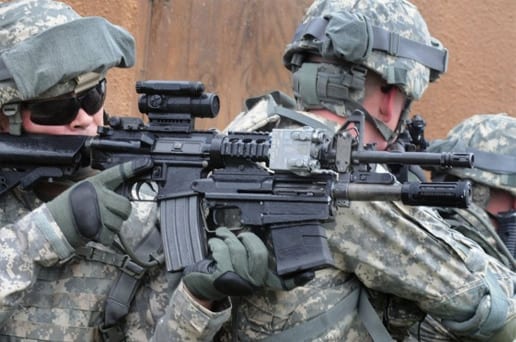 The left side charging handle is easier to grasp, too.  It’s just a hair more compact, length-wise, with a 7.75-inch barrel that runs almost flush with a carbine barrel.  It does cost more, at $2,200 per unit.  While you might recoil at that price, the Masterkey, even though it’s based on a dirt-cheap 870, retails for about $2,000.  For the features gained, it doesn’t seem all too much more expensive.

Like the Masterkey, it can also be used, with a shoulder stock adapter, as a stand-alone shotgun, to arm soldiers in tight quarters.  Project Manager Soldier Weapons of Picatinny Arsenal, a military research and manufacturing facility, also issued them to the engineers and MPs of the 2nd Brigade Combat Team, also known as the Strike Brigade, for evaluation.  The Clarksville Online caught up with them, who had this to say:

“I can see this being very effective with the engineers for breaching and with the military police, especially since you can shoot ammunition that is non lethal,” said Sgt. Rhys McMahon, a combat engineer with Company A. “So far this is an amazing weapon; I’ve shot about 75 rounds and it works magnificently. This would have helped us out quite a few times when we were in Afghanistan.”