The Palm Beach Shooting Center in Lake Worth, Florida, received a $550,000 loan backed by the Small Business Administration using funds from The American Recovery and Reinvestment Act of 2009, also known as the “Stimulus.”

News of this loan was reported by Broward Palm Beach New Times, which found the info in data compiled by the not-for-profit journalism website ProPublica.

According to the data, the loan was awarded in Feb. 2010 “through a program designed to keep mom-and-pop operations afloat during the recession.”

The Broward Palm Beach New Times reported that, “In South Florida, the Small Business Administration has used stimulus funds to guarantee loans to doctor’s offices, bakeries, and private schools. Companies obtain the loans from banks, but the government insures a portion of each loan against default — sometimes guaranteeing up to 90 percent of the loan.” 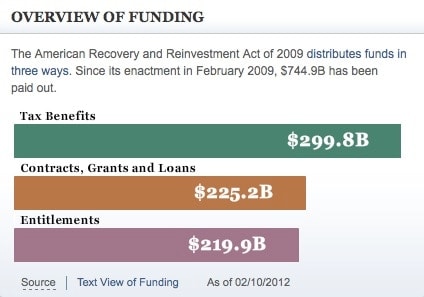 It should be noted that the government is insuring the loans with taxpayer dollars.  While this point may be obvious, it’s worth repeating.

But putting aside the unease one may feel about placing taxpayers on the hook once again (Fannie & Freddie), if one had to loan money to a particular business or industry, the firearm industry would actually be a prudent choice.

While one cannot comment on the particulars of the Palm Beach Shooting Center stimulus loan without knowing the details, one can say that, by and large, the firearm industry has been booming and investing money into it makes fiscal sense for three reasons (a) the gun community is growing and becoming more diverse (b) states are expanding self-defense rights (c) the demand for firearms remains high.

So, the question is, if the government is going to give out loans, why shouldn’t it take a closer look at the very viable firearms and ammunition industry?