To start from the beginning, we can all agree that, in a nutshell, the Department of Justice has made the following claims with respect to U.S.-Mexico gun trafficking:

There’s a flood of illegal firearms flowing across the border into Mexico.  These guns are fueling the drug-related violence that has claimed the lives of approximately 45,000 Mexican citizens since 2006.  In order to staunch the deluge of illegal arms into Mexico, the U.S. needs to pass comprehensive gun control reform.

We’ve heard these specious claims echoed in the mainstream media.  In fact, a few weeks ago, the Washington Post said as much in an Op-ed, “Lax U.S. Gun Laws Enable Killing in Mexico,” published by its editorial board. 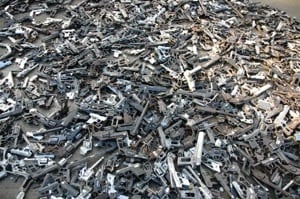 Of course, it’s not just the Justice Department or, by extension, the Bureau of Alcohol, Tobacco, Firearms and Explosives that have commented on America’s culpability with respect drug-related violence in Mexico, but President Obama as well.

“A demand for these drugs in the United States is what is helping to keep these cartels in business,” President Obama said in April 2009. “This war is being waged with guns purchased not here, but in the United States. More than 90 percent of the guns recovered in Mexico come from the United States, many from gun shops that line our shared border.”

Those claims, which can be boiled down to the single, widely held belief that America’s “failed gun policies contribute to the terrible violence in Mexico” (a quote from the Post’s Op-ed), have been used to justify severely flawed gunwalking operations, like Fast and Furious, and gun control legislation like the multiple purchases tracking requirement.

But as more facts surface about gun trafficking across the U.S.-Mexico border, it would appear that the U.S. government is misleading the American public by making those claims.

For starters, the claim that 90 percent of Mexican crime guns hail from U.S. dealers has been disputed.  Not only by pro-gun organizations like the NRA, but by impartial groups like FactCheck.org, which stated that “Given the lack of hard data from Mexico, we can’t calculate a precise figure for what portion of crime guns have been traced to the U.S. Based on the best evidence we can find so far, we conclude that the 90 percent claim made by the president and others in his administration lacks a basis in solid fact.” 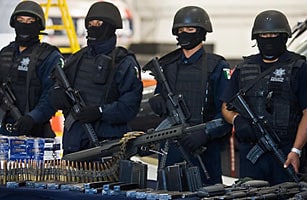 What is the precise figure?   Well, FactCheck.org said it should be closer to 36 percent, not 90%.

While FactCheck.org’s percentage analysis is certainly enlightening, new information highlighting the “time-to-crime” statistic of the crime guns recovered in Mexico is also telling.

“Time-to-crime” (TTC) is the number of years that elapse between when a firearm was sold and when law enforcement recovered the firearm at a crime scene.

As the Washington Free Beacon pointed out, “The time-to-crime average provides information about how quickly guns are getting from U.S. gun stores and into the hands of cartels, an indicator of how pervasive trafficking is.”

If the average time-to-crime number is 15 years, then claims about waves of illegal guns flowing across the border in recent years are patently false.  The fact is that the majority of the recovered crime guns have been there for years.

The National Shooting Sports Foundation, which was ultimately responsible for procuring the ATF TTC document because of a lawsuit it filed challenging the multiple sales reporting requirement, argued that “If there’s a ‘flood of American firearms’ headed across the border, as some in DOJ claim, it’s moving at a glacial pace.”

The NSSF also pointed out that the TTC “has actually gone up since 2008, when then ATF Deputy Director Billy Hoover disclosed to NSSF that the average TTC for firearms recovered in Mexico was 14 years.”

One way to explain the increase in the TTC stat is that FFLs along border-states have only become more cooperative with law enforcement and government agencies over the years, thus cutting down on the number of straw purchases (We’ve witnessed, on more than one occasion, honest dealers reporting suspicious buyers to ATF officials, only to have ATF officials tell the dealers to “proceed with the sale.”)

All of this information suggests that (a) there is no flood of illegal arms flowing from the U.S. into Mexico (b) the U.S. guns that have been recovered at crime scenes have been there for, on average, 15 years (c) passing gun control is a solution to a problem that doesn’t really exist.

(Side note: if there is a “flood” of illegal guns flowing into Mexico, it’s on account of the government’s botched gunwalking operations.  Remember, by itself, Operation Fast and Furious is responsible for allowing approximately 2,000 guns to walk across the border).