The Marines to Decide on a 1911 for Service

The Marines are looking for an “off-the-shelf” 1911 for their Marine Expeditionary Unit (Special Operations Capable) sidearm.  Since the ’80s the Marines’ operators often disregarded their 9mm pistol options in favor of 1911s.  These handguns are built on old frames—the most recent are the 1945 vintage—with all other parts being new. 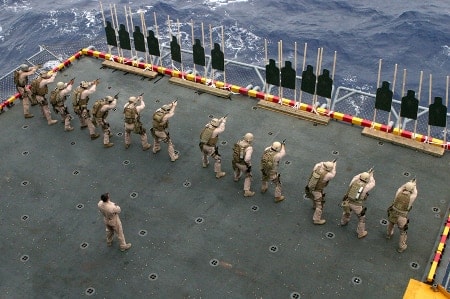 With the Marine Corps Special Operations Command (MARSOC) and the Marines in force reconnaissance being issued .45s, the Marines asked 1911 manufacturers to submit guns for evaluation back in 2010.  Although there could be other companies in the running, it would appear that two are at the front, Colt and Springfield, with the possibility of Karl Lippard Designs as well. 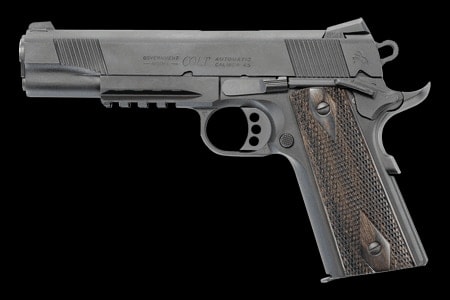 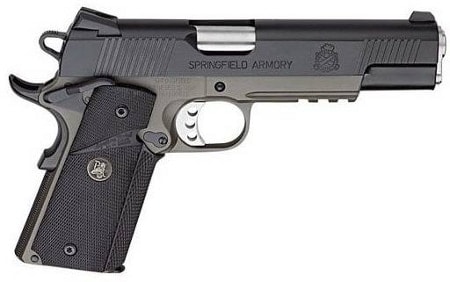 The Lippard CQBP is quite different.  It uses a modified barrel bushing and barrel link that are designed to last longer and lock together tighter, has black target sights with a ledged front sight that is marked for shooting out to 375 yards, and has extremely tight tolerances for accuracy.  To maintain lubricity there are lubrication recesses to store extra lube and capture contaminants.

One other interesting thing about the Lippard 1911 is the construction material.  The slide, frame, and components are all made from S7 tool steel, giving the gun a service life of 150,000 rounds.  It was designed specifically to suit the MEUSOC needs. 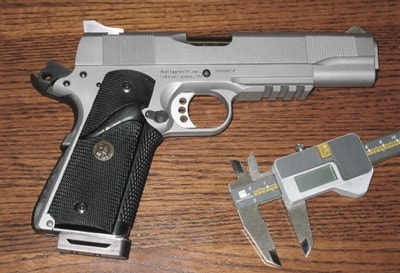 According to the Marine Corps Times, they are in their final round of decision-making.  After this, they only need to decide how many they are going to buy.  They will need a minimum of 400 new MEUSOC pistols but as many as 12,000 on the outside, and have up to $22.5 million to play with.