The Pentagon Has 6 Bomb-Zapping Ray Guns: Are Any of them Effective?

Improvised explosive devices (IEDs) have played a major role in the War on Terror.  That is, they’ve accounted for two thirds of American casualties in Iraq and Afghanistan.

They’ve been so effective against our troops that use of them is spreading globally.  According to the Joint Improvised Explosive Device Defeat Organization (JIEDDO), there are now 500 bomb attacks outside of Iraq and Afghanistan every month.

What makes use of IEDs so attractive to insurgents and terrorist organizations?  Well, they’re cheap, relatively easy to make, and extremely deadly.

To combat these lethal bombs the U.S. Military has spent more than $18 billion, since Jan. 2006.  With all that taxpayer money spent, one question emerges: what do we have to show for it? 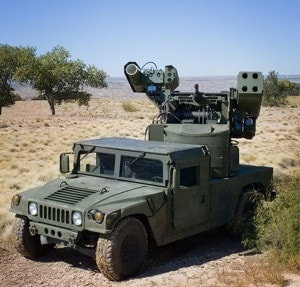 According to a recent report published by the Government Accountability Office (GAO), “The military services have developed six different systems that emit energy, such as radio waves, directed at IEDs [improvised explosive devices, or homemade bombs] to neutralize them.”

The GAO estimates that cost of these six “bomb-zapping ray guns,” to borrow a phrase from Wired.com, is at least $104 million.  However, this price tag does not include any of the laser weapons previously funded under the JIEDDO counter-IED effort, like the $30 million “lightning gun” that’s arguably the biggest military disappointment in the last decade.

So far though, none of these advanced technologies have proved effective in combat.

In an interview with Harpers Magazine, Master Sergeant Tanos Chavez, a former explosive ordnance technician with Echo Company, 2/7 Marines, commented on the ingenious solutions coming out of Washington.

“Technology will fail you when you need it the most,” he replied. “You have to keep it simple. I carried a stick with a hundred feet of parachute cord wrapped around it.  That was my most useful tool.”

The article goes on to state that:

Along with the cord, which he used to pull bombs apart, he carried wire cutters, a small metal detector, his rifle and pistol, and a radio.  Chavez also made use of three kinds of explosives: C4 for “cutting” (piercing the outer layer of artillery shell casings), TNT for “pushing” (moving dirt off a bomb), and thermite for burning off brush. He had little use for the robots developed to deal with bombs remotely. His battleground, he explained, lay among close-packed compounds, and the passageways between the buildings were generallytoo narrow for any robot.  Nor did he think much of the bulky “bomb suit” worn by the hero in the movie The Hurt Locker. “In one-hundred-ten-degree heat?” he asked. 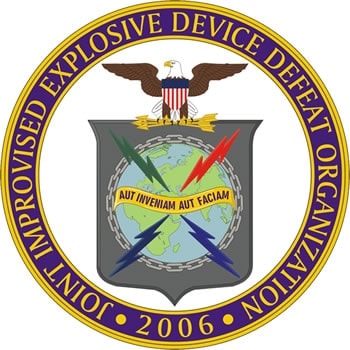 In a 2008 interview with the BBC, Chavez said that during his five tours in Iraq and Afghanistan, he got rid of well over 500 devices (There’s a video of him here, check it out).

He received a Bronze Star with Valor for his impact on the war.  Unfortunately, after sustaining several injuries while on duty he now “spends most of his time circulating between hospitals in the Washington area: Bethesda, Walter, Reed, Quantico, Fredericksburg.”   Today he is deemed “nondeployable.”

I brought Master Sergeant Chavez’s story, albeit briefly, to illustrate the following point that was made at the end of the Harper’s article by a defense industry expert:

“Guys like Chavez are a threat to their [the Government’s] philosophy,” Franklin Spinney, a former Pentagon analyst and defense commentator, told Harpers. “

“Guys like that are the antithesis of the techno-war that keeps the money flowing. The American military has sold the idea that complex technologies coupled to step-by-step analytical procedures can negate all the uncertainties and surprises of combat to solve any problem in war. A guy who can clear a town with guts and smarts is much too cheap.”

While the current Pentagon budget cuts JIEDDO’s funding by $700 million, they still will receive $2.4 billion to work with.  And that $2.4 billion for JIEDDO is just part of the $10.1 billion the Pentagon plans to spend on counter-IED initiatives in 2012.