The Single Shot Rifle: Marking Marksmen One Round at a Time

Forget 30-round high capacity magazines or 100-round AR-15 drums, the original firearm design—the single shot rifle—has enjoyed success long after its supposed slide into obsolescence with the introduction of repeating firearms and for very good reason.

Whether you’re looking to improve your hunting or target shooting games and regardless of whether you’re an old pro or a novice shooter, single shot rifles help craft world-class marksmen. 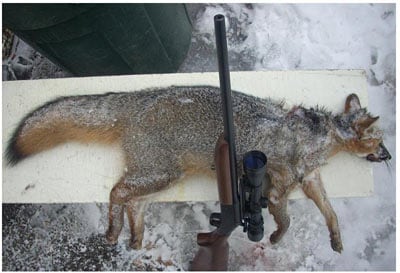 About four years ago, I was at my local range when I noticed a group of shooters trading shots at clay pigeons, stood on end about 100-yards away, with a pair of Remington 597 .22 rifles.  The two shooters were simply burning through their ammunition (it seemed to me as fast as they could) but I didn’t see them connecting with anything at all downrange. Eventually, I realized the two older looking men in the group were getting frustrated with their party’s lack of accuracy but, from where I stood, it seemed the more they missed the target, the faster they loaded and shot.

I just so happened to have my little Remington Model 33 single shot rifle with me so I approached the group and asked if I could take a whack at their clay birds with my gun. This is one of the rifles I learned to shoot with and I was able to decimate the whole row of clays one at a time, albeit slowly and methodically. The look on their faces said it all. 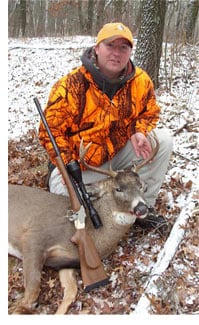 Using single shot rifles as training tools to cultivate accuracy has a strong precedent in sporting and military traditions, both of which recognized early on the tutorial quality inherent to single shot rifles’ design.

The most obvious feature (and one that unites all single shot rifles, regardless of whether they are trapdoor, break or bolt actions) is that these rifles require the shooter to totally reset their aim after each shot because they have to reload the gun after firing.  When teaching or mastering the fundamentals, this does an invaluable service to the shooter because not only does the shooter lose their sight picture after every shot and have to find it again, they also have to reassume the proper shooting position.

This shifting from a relaxed and natural body to tense and highly focused body is instrumental in developing muscle memory and habitual single shot rifle shooters often report that they have an easier time finding the right spot when shouldering their weapon.

But what this all really means is that single shot rifles force shooters to have to slow down and slowing down makes them better address all the steps in the shooting process on their own merit rather than just racing to get set up for the shot—which is essentially equating “shooting” to pulling the trigger. This is the discipline of the single shot rifle and if you shoot one long enough, you’ll lose any tendency to just blaze away at targets hoping for a hit.

One Shot, One Kill

I have long been a fan of starting new shooters out with a single shot rifle or shotgun, but this genre of gun works very well for veteran shooters looking to tighten up their groups as well.

However, I also recommend single shot rifles to my buddies looking to steady their shooting hand while giving their hunt a shot in the arm. Hunting with a single shot rifle makes the shooter aim more carefully because there is no reserve, no fast follow up shot to fall back on should you miss. It’s an all or nothing proposition.  Avid muzzleloaders know the lesson very well of making your one shot count because you probably will not get another right away and the same principle extends to both handgun hunting and bow hunting.

While the history of firearms begins with single shot designs, we’ve come a long way since the “primitive” Trapdoor Springfields of the Civil War and today you can find many examples of single shot rifles featuring all the comforts of modern long guns, modern falling block actions that can handle some of the most powerful commercial calibers ever conceived and reasonable price tags.

In the sporting world, the large caliber .45-70 Sharps and the Remington Rolling Blocks of the late 1800s gave way to 1967s Ruger Number 1, which uses a famously solid Farquharson-style internal hammer falling block action. The Ruger Number 1 found favor among wildcat handloaders who appreciated the strength of the gun’s action and is still in production today in a multitude of calibers (including some real game stoppers like 450/400 Nitro Express) and variations.  New guns go for about $1,300 and you can check the Ruger Number 1 here.

One of the best single shot rifles on the market today in my opinion is the H&R Handi Rifle from New England Firearms. I have owned several of these in different calibers and they all proved to be remarkably accurate for such a cheap gun. For less than three hundred dollars you can get a rifle in darn near any caliber you want, and the barrels are interchangeable on nearly all of them. I owned one in .22 Hornet that took a large grey fox with, coyotes and other small game. As mentioned, Handi Rifles are priced between $250-$400.

To shoot the single shot and do it well is a challenge, but challenges are the stones upon which we sharpen our skills and choosing a single shot rifle is sure to slow you down and force you to concentrate on your shot be it at the range or in the woods. And hey, it sure beats the embarrassment of throwing lead at a target and not hitting anything!