“There are just too many guns in America,” Daley said during an interview with Advertising Specialty Institute Radio. “I know it’s very controversial and people want to stay away from it, but we are arming America.”

Daley then brought up the tragic school shooting in Ohio that left three students dead and two wounded.

“See the incident, unfortunately, in Ohio,” Daley continued.  “A young man kills two or three and injures a few others and it’s just another headline, and people don’t realize what it does to families and to the children in these schools.”

To solve problems of crime and violence, Daley argued that the best answers come from people, not politicians.  “Some politicians think they have all the answers, but they don’t… People want constructive, simple ideas dealing with education and crime issues.  We should be able to handle this.  It’s a great country.”

At this point one should pause and note the following (a) Daley’s latter point is true; people have a simple and constructive answer to crime and violence (b) that answer lies in the fact that America is arming itself. 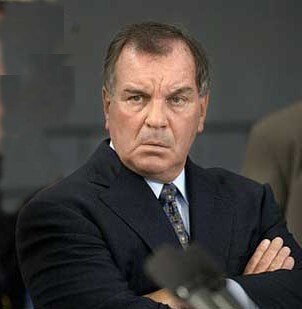 While law enforcement does what it can to take guns away from criminals, law-abiding citizens need a way to exercise their fundamental right of self-defense.  All but one state, Daley’s home state of Illinois, recognizes this fact and has legalized some form of concealed carry.

The widespread acknowledgement that one’s ability to protect himself/herself is a fundamental right has led to an age in America where there are more guns than ever before as well as more law-abiding citizens carrying concealed firearms than ever before.  By Daley’s logic, violent crime should be going through the roof.  But it’s not; it’s down across America. In a way, the people have spoken.

Now, there’s no doubt that what happened in Ohio was a tragedy.  And until all the details are known about the shooter and the circumstances the led to shooting one cannot begin to extrapolate on how it could have been prevented.  However, to suggest that the answer lies in taking away firearms from law-abiding citizens is intellectually dishonest.