Good Friends And Good Guns: the People You Meet Along the Way

I think one of the benefits of having an interest in guns or being involved in shooting sports, and one that we sometimes undervalue, is that in pursuing your hobby, we often end up meeting a lot of interesting and quality people, some of whom may end up having monumental impacts on our shooting careers as well as lives.

One such friend of mine is a man named Bob Tomkins.

I met Bob when I was nineteen.  I had only been into shooting for about a year and I knew next to nothing about guns, other than they went bang when you pulled the trigger. Bob turned out to be one of those rare breeds of people who have forgotten more about firearms than I will ever know and his influence on my education as a shooter and as a woodsman proved to be second to no one. 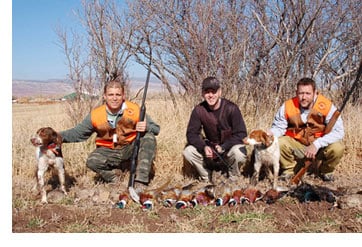 Bob was one of those people who planned his life around hunting season, and it showed.  He was an excellent hunter and I picked up a lot of strategy from him. To this day, he is the person who shot the largest whitetail deer I have ever seen alive or dead (and he was the first to show me how to butcher a deer, too).

His passion besides hunting was collecting old .22 caliber rifles, and he had many from the early part of the twentieth century, but he also knew a great deal about older and antique firearms. Bob was the first person I ever knew who was into reloading, until then I thought it to be an impossible goal. I ended up spending a great deal of time at Bob’s house, hours on end really, and he was always patient with my questions.  He’s why I reload today.

Unfortunately when Bob retired (he worked for a paper mill and would specially load cartridges for his co-workers), he moved out of the area.  I rarely see him now, except for the occasionally when gun shows entice him south. Still I write him when I can and someday I will get up to his house to see what new toys he has added to his collection.

Think one of the most important connections a gun enthusiast can have is to a particular gun dealer. I know, sometimes it seems all you hear retold are bad stories about gun dealers, but it seems for a lot of gun people, once they find that guy who knows what they need and knows how to help them get it, it gets tough to go anywhere else.  That guy for me is Eddie Weiss.

I first met Eddie in 1996 when I bought a Marlin .25-20 rifle from him.  It would be about ten years before I would visit his little shop, built right next to his house, again but I have been going back ever since (even though there five gun shops locally, and Eddie’s shop is an hour and a half drive each way).

Eddie is a very “hands-on” guy.  He likes to see that jobs get finished and questions get answered personally, but above all he is a person who will tell you the truth regardless of whether or not it might cost him a sale or not. That’s his hallmark; as a “gun dealer”, his allegiances are to the “gun” part, not the “dealer” part and his local reputation reflects this.

He has also turned out to be a great teacher as well.  Eddie has let me help him out at some gun shows knowing that someday I would like to get a dealer’s license of my own. Instead of telling me he is too busy, or seeing it as a “threat”, he has offered me tips on how to get started and seeing as he has been running a successful business for nearly thirty years I won’t argue with the man.

But I think what separates Eddie’s and mine relationship from the ordinary is that Eddie and I have taken the time to cultivate a relationship beyond just that of costumer and shop keep. Eddie is more than just a guy I go to when I want to buy a gun, he is also a good friend and treats my wife and son like his own family, referring to the missus as “one of the guys”. 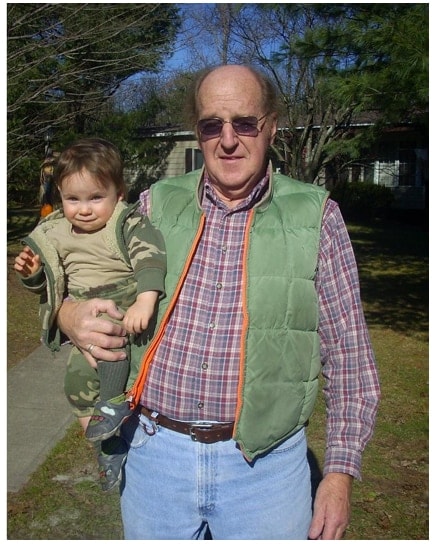 Most gun dealers don’t even like having kids in their shop; Eddie welcomed my son into his. He even sold me the rifle that will be my son’s first (when he is old enough). One of my favorite photographs is my son with Eddie that we took on a trip to his shop. Guys like that are rare, and fading fast.

I feel a little strange now when people ask me the same questions I used to ask Eddie and Bob years ago, especially since I am only in my thirties. I guess though they’re the reason I try to be patient and even once in a while use those three dreaded words “I don’t know.”

Both Bob and Eddie took the time with me to answer my questions, I can at least pass along the knowledge I have and make sure that it is as accurate as possible. And hey, if I don’t know the answer to their question, I know two people who most likely do.

Good friends are like good guns and the memories you will keep of both are something you can pass along to the next generation of shooters. Don’t try to make them get it all from books and movies; it is the people that we encounter that make it all worthwhile.