Today, gun owners in Oregon must be thinking to themselves: one-step forward, two steps back.  The reason?

Well, on Thursday Senate Bill 1594, a rushed attempt to institute a statewide campus gun ban, was defeated by a 15 to 14 vote.  This was considered a big win for Beaver State gun owners, who’ve been embroiled in a battle with Oregon University System (OUS) officials over whether students, faculty, teachers, etc. should have the right to carry concealed firearms on college campuses.

However, on Friday, despite the narrow defeat of Senate Bill 1594, the OUS’s 12-member Higher Education Board unanimously voted to enact, effective immediately, a gun ban at the state’s seven universities. 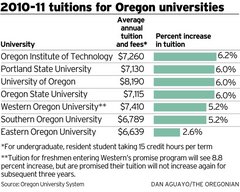 This was unsettling because in September the Oregon Court of Appeals ruled that the OUS did not have the authority to regulate guns through administrative rule.  This was an authority that was reserved only for the state Legislature, thanks to a “pre-emptive” law adopted in recent years by Oregon lawmakers.

Although, it should be noted that up until the Court of Appeals ruling in Sept., guns were banned on university campuses for roughly three decades.

Nevertheless, there’s an obvious question here: if the Legislature is the only body that can regulate firearms, and it failed to pass a bill that would have extended that right to the OUS, how the heck can the OUS, via its board, institute another gun ban, especially when its previous ban was struck down by an Appeals court?

In short, how did the OUS circumvent the law?

A technicality, of course.

The new policy hinges on the idea that it only effects individuals who have a “contract” or a “relationship” with a university, meaning all students, teachers, administrators, people attending sporting events, etc., it does not effect those individuals who may be passing through the area with no connection to a university.

Di Saunders, a spokeswoman for the university system, explained to RegisterGuard.com the chicanery used to pass another ban.

“The proposal is close to but not as global as the previous ban because it doesn’t apply to people who are not under a contract with the university,” Saunders said. 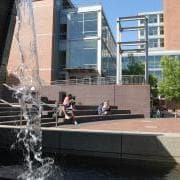 She added that the new policy should pass legal muster because of a 2009 Court of Appeals ruling denying a Medford teacher the right to bring a concealed weapon to school.

The court upheld the Medford School District’s employment policy prohibiting concealed weapons and, significantly, did not find that the policy ran afoul of the state’s pre-emptive rule, the RegisterGuard.com reported.

“The court distinguished between an internal policy and an attempt to regulate firearms,” Saunders concluded.

The man who filed the lawsuit challenging the initial ban, Kevin Starrett executive director of the Oregon Firearms Educational Foundation, did not buy into the “internal policy” argument.

“They lost the court case and now they’re saying, ‘We don’t care. We’re just going to do it again,’” he told the RegisterGuard.com. “We spent about $50,000 to get them to obey the law last time.”

But OUS officials had a different take on the situation.  They touted how it was all in an effort to keep students and faculty safe. 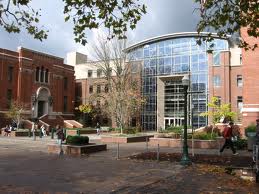 “The university system’s top priority is campus safety,” said Jim Francesconi, member of the State Board of Higher Education, “That is our job. We are just doing our job.”

Apparently, their job is to keep people safe by denying them the right to protect themselves.  Interesting thought (is that not counter-intuitive?).

Mr. Starrett had some advice for gun owners in Oregon who maybe effected by the ban.

“Our advice is, if you have any reason to be on their property, do what you have to do to protect yourself,” he said. “I don’t see a single reason to obey these rules. They don’t obey the rules.”

Last time I reported on this story, I said the “fight is far from over.”  It appears the same rings true today (expect another lawsuit challenging the legality of the new ban).  We’ll continue to keep you posted as new developments unfold.

Pictures courtesy of the OUS and Benjamin Brink/The Oregonian