By an overwhelming majority, an Oklahoma senate committee approved a bill that would allow landowners to use silencers for hunting.

Senate Bill 1743, sponsored by Sen. Steve Russell, passed through the Senate Agriculture and Rural Development Committee, late last month, by a 10 to one vote.  The dissenting vote was Sen. Charles Wyrick.

The bill itself is known as the “Landowner’s Hunting Freedom Act” and would permit Oklahoma landowners and their companions to use lawfully possessed silencers/suppressors when hunting on their own property.

S.B. 1743 will now go before the full Senate for consideration and should be voted on in the coming weeks.  If it passes the Senate, it will still need to pass through the full state House and be signed into law by Gov. Fallin.  In other words, there’s still a lot of work to be done.

If you live in Oklahoma, contact your local state senator and tell him/her to vote “YES” on S.B. 1743. 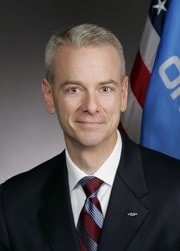 Despite the auspicious start the bill, obtaining a silencer is still a pain in the butt no matter which state an individual lives in.

As the NRA-ILA reminds us, “to acquire a suppressor a purchaser must submit the appropriate paperwork to the federal Bureau of Alcohol, Tobacco, Firearms and Explosives where long wait times for approval are unfortunately common (four to six months), undergo a background check by the FBI, find a licensed dealer authorized to conduct the transaction and pay a one-time $200 tax for each device.”

Nevertheless, one can take solace in the fact that they are becoming more prevalent.  According to Silencersarelegal.com (a great resource for silencer-related information), U.S. citizens are purchasing silencers at a rate of 27,000 per year.

What are the benefits of suppressors, particularly with respect to hunting?  As Guns.com writer John Elliot pointed out in his article, “The Case for Hunting with Suppressors,” the simple answers are, “you won’t go deaf, the recoil may be slightly reduced and you may actually relax enough to shoot a little better as that thunderclap of noise and thump will be absent for the most part.”

As always, we will continue to keep you updated as OK’s SB 1743 progresses through the legislative process.