Currently, lawmakers in 12 states are considering legislation that would repeal their respective concealed carry issue requirements.

Should all 12 states proceed with eliminating CCW issue requirements, it would bring the total number of ‘Constitutional’ carry (also known as ‘unrestricted’ carry) states to 16, as Alaska, Arizona, Vermont and Wyoming already allow residents to carry without a permit. 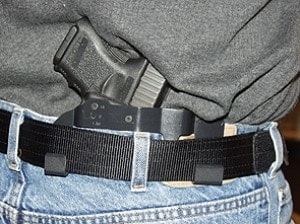 Of those on the path to Constitutional carry, South Dakota is the closest to achieving that goal.  Last week, lawmakers passed a bill that allows anyone who is 18 or older with a valid South Dakota driver’s license and a trouble-free history (no felony convictions, no ‘history of violence,’ no mental illness, etc.) to carry concealed.

What that means for South Dakotans is that they will bypass a layer of bureaucracy, including a fee, paperwork, and a background check.  The bill now sits on the desk of Republican Gov. Daugaard awaiting his signature.

Mike Milstead, the sheriff of Minnehaha County, the South Dakota’s largest, told USA Today that his office processes about 2,000 permits a year, of which 30 to 40 are rejected because applicants have something in their backgrounds.

“The tough part will be on the small number of people that think they should have a permit that shouldn’t,” he said.

Where South Dakota is on the precipice of Constitutional carry, other states are not as far along in the legislative process or have stumbled along the way.  New Hampshire’s bill has passed the state House but still has to be reviewed by the state Senate and, last month, a Colorado senate committee rejected a Constitutional carry bill on a 3-2 party-line vote, with Democrats voting against it. 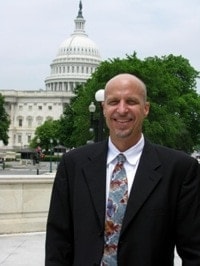 Overall though, and not surprisingly, the NRA is pleased that more states are attempting to institute Constitutional carry.

Andrew Arulanandam, policy director for the National Rifle Association’s Institute for Legislative Action, told USA Today, “Our viewpoint is, a good person will always be a good person,” he said. “They don’t need a license to be a good person.”

Arulanandam also pointed out that those four states that have Constitutional carry have a low crime rate.

But Brian Malte, the director of state legislation for the Brady Campaign to Prevent Gun Violence, argued that repealing concealed carry issue requirements would permit people who have never even shot a firearm to carry one in public.

“They want a gun in every nook and cranny in society with no permission needed and no background check,” Malte told USA Today, adding, “This is just a recipe for disaster.”

What are your thoughts?  Do you support Constitutional carry?  Or do you think there should be concealed carry issue requirements in place (background check, training, etc.)?