The Aimpoint PRO: an Inexpensive Patrol Rifle Optic for Everyone (VIDEO)

The Aimpoint PRO is somewhat derivative of the high-end military and police rifle optic, the Aimpoint Comp series of scopes.  It was redesigned with simpler electronics to make it more accessible and less expensive.  At its heart, it’s a true Aimpoint optic, with all the precision and durability they are renown for. 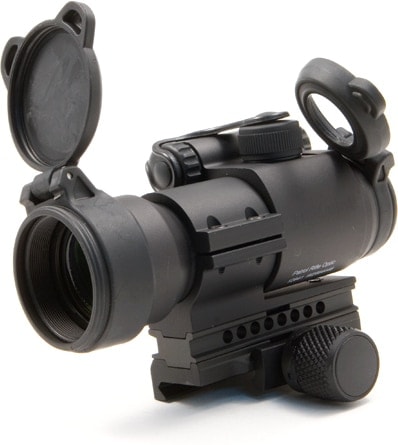 The lower-cost electronics do make it less power-efficient.  Even with six day and four night brightness settings, the PRO only has a mere three-year battery life (the others can run for about five).  Other than that, it’s extremely similar to the higher-priced optics.  It’s a one-power (1x) non-magnified optic, with a high-strength hard-anodized aluminum body.  It has 1/2 minute of angle (MOA) click adjustment and comes with the same torque-limited QRP2 mount for rifles with Picatinny rails.  It can also be used with a 30mm ring. 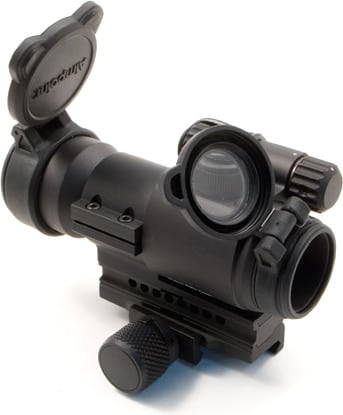 It weighs less than a pound at 11.6 ounces, and that includes a mount and a spacer.  It has a 38mm objective for a bright parallax-free sight picture with a single 2 MOA red dot at the center.

The cost-cutting measures are not in construction, just the brains.  This is to bring it down in price to a point where more police departments can afford them, not to mention police officers who purchase optics out-of-pocket.  The Aimpoint PRO can be found for as little as $400.

Initially, in order to keep up with law-enforcement demands, they were only sold through law-enforcement distributors, but now are widely available.  And that is good news because they are excellent optics with both a professional and civilian following.  Designed to cowitness with AR iron sights and also be compatible with Aimpoint’s 3x flip-out magnifier, it is an extremely versatile optic that absolutely will not break the bank.

Because it started out with restricted availability, many people just don’t know about the Aimpoint PRO.  If you’re shopping around for a powered 1x optic with unlimited eye relief, whether you’re plinking, hunting, competition shooting, or the line of duty, don’t forget that Aimpoint makes the PRO; all the Aimpoint you need, with money left over for ammo.