Gary Stein is an active duty Marine Sgt. and the founder of a Facebook page called Armed Forces Tea Party Patriots.  On the website, Stein has been critical of President Obama’s leadership, declaring that he would not follow orders from the current commander in chief.

He later clarified those remarks, which were said during an online debate about NATO allowing U.S. troops to be tried for the Koran burnings in Afghanistan, stating that his initial remark was taken out of context.

Despite his attempt to add context, these remarks landed him in hot water with top military brass, who on Monday terminated his on-the-job social media privileges and indicated that he may have violated a provision of the Uniform Code of Military Justice addressing “good order and discipline in the armed forces, or conduct of a nature to bring discredit upon the armed forces.” Sgt. Stein, 26, is currently a weather forecaster at Camp Pendleton in its operations division.  He joined the Marine Corps in 2002 and is a veteran of one combat deployment to Iraq.

“I’ve had better days,” Stein said after discussing the issue with his superiors.  “They’ve read me my rights and said I made disloyal comments about the president, and are now questioning whether I can even run the page.”

This is not the first time Stein has been the target of scrutiny for his political beliefs.  In 2010, when he first launched his Facebook page, he drew the attention of commanders after criticizing Obama’s Affordable Health Care for America Act (‘Obamacare’).

At the behest of his commanders, Stein reviewed the rules concerning conduct, but determined that his remarks did not violate Corps policy – he decided to keep his website up.

Overall, Stein does not believe his speech should be trammeled by military policy or conventional procedures.

“Just because I’m a Marine doesn’t mean I don’t have free speech or can’t say my personal opinion about the president or other public official just like anybody else,” Stein said. “The Constitution trumps everything else.”

“We’re risking our lives for our country, but we’re being oppressed by political correctness,” said Stein who is married and has a 4-year-old daughter.

“I think we have a disease in the military that says because we don the uniform, we lose our First Amendment rights,” said Stein. “I think they are being squashed right now, and I think some people are taking some orders and regulations out of context.”

However, not everyone believes that Stein’s conduct is in accordance with military policy or shows sound judgment.

“I think that it’s been pretty well established for a long time that freedom of speech is one area in which people do surrender some of their basic rights in entering the armed forces,” former Navy officer David Glazier told the Associated Press. 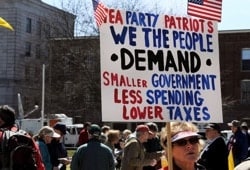 “Good order and discipline require the military maintain respect for the chain of command,” Glazier, a professor at Loyola Law School in Los Angeles, added. “That includes prohibiting speech critical of the senior officers in that chain of command — up to and including the commander in chief.”

According to Pentagon directives, military personnel in uniform can’t sponsor a political club; participate in any TV or radio program or group discussion that advocates for or against a political party, candidate or cause; or speak at any event promoting a political movement, the AP reported.

Commissioned officers also may not use contemptuous words against senior officials, including the defense secretary or the president.

Did Sgt. Stein’s comments about “not following unlawful orders” cross a line?  Or was he simply exercising his First Amendment rights?

In general, should soldiers be subject to political censorship?