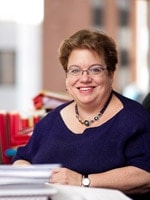 Before the results of that survey can be discussed, one must do a little due diligence and examine the research center that compiled the data.  Obviously, some research firms are more reputable than others, especially in today’s hyper-political climate in which agenda-driven media platforms dominate the discussion.

Lake Research Partners conducted the survey.  According to their website, “LRP is a national public opinion and political strategy research firm founded by Celinda Lake in 1995.”

LRP’s clients include “a wide range of advocacy groups, labor unions, non-profits, government agencies, companies and foundations, as well as dozens of elected officials at all levels of the electoral process.”

For what it’s worth, on Wikipedia, Celinda Lake is described as “a political strategist for the Democratic Party.”

Here are the poll’s main findings:

•    A large majority of Latinos, including more than 70 percent of Latino Republicans, Latino gun owners and Latinos over 50, believe that people from other states should not be allowed to carry a loaded and concealed gun in their state unless they meet their state’s legal requirements.

•    Nearly nine in 10 Latinos – 86 percent – support requiring all gun buyers to pass a criminal background check, no matter where they buy the gun and no matter who they buy it from.  Today, only federally licensed gun dealers are required to perform background checks, although 40 percent of U.S. gun sales are conducted through unlicensed sellers.

•    76 percent of Latinos favor a new Obama Administration program requiring gun dealers in border-states to report when someone attempts to buy more than one semi-automatic assault rifle within a five-day period.

“Elected officials at both ends of Pennsylvania Avenue need to start listening to their constituents instead of the Washington gun lobby,” said Mayors Against Illegal Guns co-chair Mayor Michael Bloomberg.  “Hispanic voters support the same approach most other Americans say they want – strong gun laws that keep guns out of the wrong hands while respecting the rights of law-abiding gun owners.”

“The debate about gun laws has been drowned out by an extreme minority that makes a lot of noise, but is clearly out of step with the public,” said Mayors Against Illegal Guns co-chair Mayor Tom Menino.  “Today’s poll shows that yet another important constituency backs the moderate approach so many mayors are taking.  The message is particularly clear when it comes to Latino support for the Administration’s new program to strop the trafficking of assault weapons at our border with Mexico.  Congress should take note.”

It should be noted that this topic was brought up because of a recent blog entry on Nasty Jack’s Progressive Critical Commentary, titled “New poll shows wide Hispanic support for more gun control.”

Nasty Jack (I’m assuming that’s what he likes to be called) implied that the poll is an auspicious sign for gun control advocates because Hispanics are the fastest growing minority group in the U.S.

He cites an estimate from the Pew Hispanic Center that says, “more than 21.7 million Hispanics are eligible to participate in November (2012) or 22.6 percent of total U.S. voters.”

He then asks the question, “Does that mean we can expect more activism on gun control in the future?”

Nasty Jack then goes on to state the following:

I have said this before but it bears repeating.  I have never been in a position myself—nor have I ever known anyone who was in a position—to need a weapon to protect myself.  And even if I was, I still would not want some “Nimrod” to come to my rescue.  I think I would be more afraid of their likely untrained actions than my attacker.

Perhaps we should herd all the gun worshippers onto their own exclusive reservation, which would mean more protection for the rest of us by law enforcement.  Now that’s a law I could support.

While it would be fun to respond to Nasty Jack’s latter comments, I’m not going to.  Instead, I’ll go issue by issue and add some context, some things to think about.

In general, people of all races, ethnicities, etc. favor gun ownership and the existing laws as they relate to gun sales, at least according to Gallup (arguably the most objective source for poll data).  I’ve done a complete write up on this issue, but here is a chart that highlights the central point:

This is a hot-button issue even within the gun community.  There are many gun owners who do not support the National Right-to Carry Reciprocity Act on the grounds that it could become a gateway to federal regulation of concealed carry.  Many see it as a states rights issue, and would prefer to keep the status quo.  The fact that many Latinos would also like to keep it a states rights issue is not surprising.

For this question, it would be interesting to know what percentage of survey participants were aware of the ATF’s fatally flawed gun walking program: Operation Fast & Furious, which allowed approximately 2,000 firearms to flow freely across the U.S.-Mexico Border.

Or how many survey participants knew that only 1/3 of crime guns recovered in Mexico have been traced back to the U.S., the majority of which, have been in Mexico on average for 15 years (check out this time-to-crime article, which explains more).

Or how many survey participants knew the correlation between President Calderón’s war on drugs and the precipitous rise in drug-related homicides.

Lastly, I should make an obvious point.  Depending on how these issues are presented (how the question is asked and what information is omitted), one can support background checks for all gun sales, the multiple purchases tracking measure, and oppose the National Right-to-Carry reciprocity act and still be essentially pro-gun.

Think about it.  To the average voter the specifics of these issues are largely irrelevant (maybe not irrelevant, but low in terms of priority).  And at face value, these measures are not that extreme: they do not call for confiscation or banning certain firearms or severely limiting one’s 2nd Amendment rights (again, at face value and through the eyes of the average voter).

So, from my perspective, I don’t see these poll results really amounting to much (plus, strangely enough, the results hew too closely to the Bloomberg agenda) .  And I wouldn’t read too deeply into them.  I think Latinos, like all Americans, are largely pro-gun.