Earlier this week, Guns.com reported that the Washington State Supreme Court unanimously denied the City of Seattle’s petition for review against the case of Winnie Chan v. City of Seattle, affirming the state’s preemption law and preventing the city from banning firearms in city parks and community centers.

Naturally, gun-rights advocates were pleased with the court’s refusal to review the proposed ban.

“Mayor McGinn and the City Council should be ashamed that they pursued this pipe dream in an effort to turn the city into a banana republic, Gottlieb, who had led the charge to challenge the city’s ban, continued.  “By letting the appeals court ruling stand, other anti-gun officials in city and county governments are on notice that they simply cannot ignore state law.” 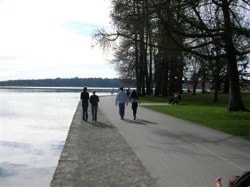 Gottlieb’s assessment is quite accurate, especially the notion that this pursuit by Seattle’s Mayors and City Council was a “pipe dream.”

Consider the fact that the law on this issue is clear as day.  That is, the state’s preemption statute expressly prohibits cities and local municipalities from instituting their own gun regulations.

This point should have been rammed home for former Mayor Greg Nickels in 2010 when a King County Superior Court judge struck down the ban.  But for some reason, neither him, nor his successor Mayor Mike McGinn got the message.

When current Mayor McGinn took office, he appealed the King County Superior Court Judge’s decision, arguing that it was reasonable to ban guns on city property where children and families frequently gather.

Last year, the State Court of Appeals ruled unanimously against the city, again saying in no uncertain terms that what Mayor McGinn was attempting to do was against state law.

But of course, Mayor McGinn didn’t stop there.  He had to take it all the way to the state Supreme Court – which, as mentioned, handed him his third straight loss. 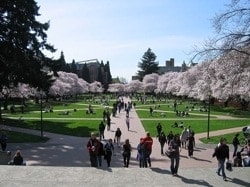 Now, if you’re a taxpaying Washington state resident, you have to be furious.  Think of all the time and money that was wasted as a result of this “pipe dream.”  The reality is that anyone with a brain knew this ban (and its subsequent court appeals) was doomed from the start.

And if that doesn’t get your goat, McGinn and Holmes issued statements after the state Supreme Court ruling this past Thursday saying that they would ask the 2013 Legislature to give cities the authority to restrict gun use in public places.

“A park is no place for a gun,” McGinn said in the statement.

It looks like this war, which is funded by taxpayer dollars, is far from over.  We’ll keep you posted as the story continues to develop.