According to the language in the bill itself, H.B.1621 specifies that it will be an unlawful employment practice to discriminate against an individual because he or she has a concealed carry endorsement or uses a firearm for a lawful purpose.

The sponsor of the bill, State Rep. Wanda Brown (R-Lincoln) told the Kansas City Star that the purpose of the bill was to protect the Second Amendment rights of law-abiding gun owners. 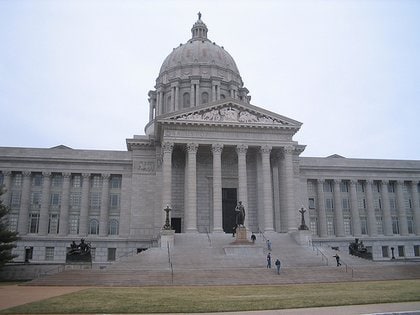 “If you have to work in a rough area or have a third shift job, you should be able to ensure your own safety by legally carrying a firearm,” she said. “We wouldn’t stand for giving up our First Amendment rights for a job, so why would we sacrifice our Second Amendment rights?”

She also spoke about the specific case that compelled her to sponsor the bill.

“There was a meat-packing plant in northern Kansas City, it was in a bad neighborhood,” Brown said.  “The owner would carry his gun to work, and he was told that if he didn’t quit carrying his gun, the USDA would not come and inspect his product, therefore he couldn’t sell his product.”

It should be noted that while the bill protects concealed carrying individuals in general, it does not mandate that the employer must allow an employee to carry while at work on the business’s premises.  Whether or not an employee is allowed to carry on company time is still at the discretion of the employer.

Put another way, the bill would prohibit companies from turning people down for jobs or treating them differently because they have a concealed carry permit or have used a firearm in the past.

While many supported the measure, some House Democrats opposed it, arguing that unlike other factors protected by anti-discrimination laws (race or gender) carrying concealed is a voluntary choice.

Moreover, several House Democrats argued that the bill also pointed out a glaring gap in the state’s anti-discrimination laws.  That is, Missouri still does not have a law protecting lesbian, gay, bisexual and transgender people.

“What this body has done is put protecting gun ownership above discriminating against somebody because of their sexual orientation, and I just don’t think that’s right,” he added.

Rep. Stephen Webber, (D-Columbia) supported H.B.1621.  But he also supports giving the same anti-discrimination protections to LGBT community.  Rep. Webber has sponsored legislation that would do just that, expand protections to include sexual orientation and gender identity.  He expects to have a hearing before the House Judiciary Committee later this month.

H.B. 1621 will now head to the Senate for consideration.