Robert L. Nardelli has resigned from his position as CEO of Freedom Group, Inc., effective immediately.  Stepping in to take his position, at least in the interim, is gun enthusiast and member of FGI’s Board of Directors George Kollitides.

According to its company profile, FGI is the world’s leading innovator, designer, manufacturer, and marketer of firearms, ammunition, and related products for the hunting, shooting sports, law enforcement, and military markets.

There’s little doubt about FGI’s eminence in the firearms and ammunition industry.  Over the past decade or so the company has been aggressively purchasing an array of firearms manufacturers and now owns the following globally recognized brands: Remington, Marlin, Harrington & Richardson, New England Firearms, L.C. Smith, Parker, Bushmaster, DPMS/Panther Arms, EOTAC, and INTC. 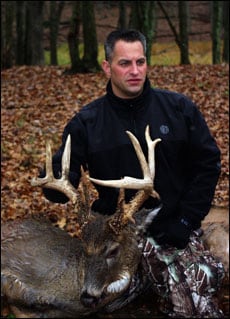 But FGI is not a stand-alone company; it is the subsidiary of Cerberus Capital Management, L.P.; an international private investment firm with over $20 billion under its management.

Before stepping in as the interim CEO of FGI, Kollitides was also a Managing Director at Cerberus.  Upon taking his new position, Kollitides told the press, “I am ecstatic to join the FGI team, where we have the greatest employees and a 200-year history of 100 percent American made.”

Kollitides professional profile is pretty impressive.  He is often described as an avid outdoorsman and passionate gun rights advocate. He currently serves as a Trustee of the NRA Foundation and Director of the NRA’s Hunting and Wildlife Committee, Presidents Committee on Advancement and Nominating Committee. He is also a Director of the New York State Rifle & Pistol Association.

Nardelli didn’t really leave FGI; rather he just transitioned to a new role as Senior Advisor to Steve Feinberg, CEO or Cerberus, and its affiliate Cerberus Operations and Advisory Company, LLC.  This new position will afford him more time to devote to a new investment firm. 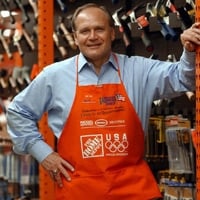 “I informed the Board of Directors of FGI that I would step down as CEO of FGI in order to devote attention to XLR-8 LLC, my investment and consulting company. This is a great time for me to focus on XLR-8 and leverage my 41 years in a variety of businesses and sectors and my recent private investing and advisory experience with Cerberus and its affiliates, to raise money to acquire underperforming companies, and to help them operate more profitably and improve their enterprise value,” Nardelli, said in press release.

Nardelli added, ” FGI has a proud past and a bright future in large part because of being guided by a very strong management team and board.”

Before serving as CEO of FGI, Nardelli was an executive at General Electric for over 30 years and the CEO of both The Home Depot and of Chrysler, LLC.