Last month, a South Carolina concealed carry firearms instructor was arrested after an undercover SLED officer determined that he shorted his students four state-required training hours needed to obtain a CCW permit (a total of 8 is needed, four hours of instruction, four hours of training at a range).

Roland Ray Hill, 45, who operates Defender Shooting Sports on Litton Drive in Lexington, is now being charged with perjury and subordination of perjury for authorizing paperwork that stated his students successfully completed the required coursework when, in fact, they did not. 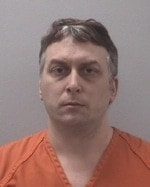 After being tipped off by former students who complained of the inadequacy of Hill’s course, an undercover State Law Enforcement Division (SLED) agent attended one of Hill’s classes on Feb. 19.

The agent found that the nine students in the class received the four hours of classroom instruction, but did not get the four hours of range time necessary to complete the handgun qualification portion of the course.

Despite not fulfilling his obligation, Hill filled out and signed certificates of completion for the students.

According to the investigators, this is also problematic for the students who took his course, as they too can be charged with perjury for the falsification of a CCW application.

Hill was booked at the Lexington County Detention Center on March 5.  He was later released after posting a $5,000 bond.

Hill, who is a certified SLED instructor, has worked with the Lexington and Batesburg-Leesville Police Departments in the past.

This situation raises some questions, most notably: should state governments require CCW applicants to take a training/safety course?

As we all know, there are several states – Arizona, Wyoming, Alaska, Vermont – that have ‘Constitutional’ (permit-less) carry, which allows lawful citizens to carry concealed without having to go through a CCW issuance process.  In other words, there’s no additional background check or training required to carry concealed.

The more I think about it, the more I support ‘Constitutional’ carry.  Really, for two reasons (a) ‘shall not be infringed’ is pretty straightforward expression, at least to me and (b) I’m not sure of any empirical evidence that proves training courses reduce accidental gun injuries and/or deaths, gun-related violence, and/or gun-related homicides (if you know of any credible studies that say otherwise, please post them below).

Now, just to be clear, I’m not advocating that firearms instructors shouldn’t continue to offer concealed carry training courses to the public (obviously they provide a great service to people who need and/or want it); rather I’m simply arguing that the government shouldn’t require them.

And with respect to Mr. Hill, he should have fulfilled his obligation to his students.  He should have followed the law and not shortchanged his class.  Unfortunately, he’ll now have to learn that lesson the hard way.