Singer Whitney Houston passed away a few weeks ago and while her death is indeed tragic, the virtual media blackout that followed got me wondering where America’s real priorities lie. Granted, Ms. Houston was extremely talented and she touched many with her music, but I wonder why so many of this country’s real heroes, many of whom gave the ultimate sacrifice for our country and our freedom, almost never get a mention in either the press or our school system.  Well, I decided that this plain isn’t right so here are three Medal of Honor worthy heroes coming from all branches of the United States armed forces (and a couple you’ve most likely never heard of before):

Many know the exploits of Easy Company, 2nd Battalion, 506th PIR, 101st Airborne Division with whom Major Dick Winters served in Europe because of the mini-series Band of Brothers, yet the heroism played out on the silver screen cannot compare with Winters’ real life exploits or those of his men. 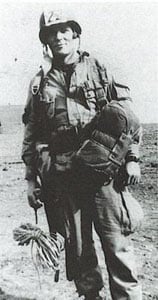 Richard Winters joined the Army in August, 1941 and was assigned to Easy Company a year later. Singled out for both his confidence and competence, Winters quickly gained the respect of the other men in his company, so much so it undermined the authority of his superior officer 1st Lt. Herbert Sobel, who would try to have him court-martialed. Several non-commissioned officers threatened to give up their stripes if Sobel was not replaced, prompting higher ups to instate 1st Lt. Thomas Meehan III as commander of Easy company and at the same time promoting Richard Winters to platoon leader.  It would not be long before Winters saw another, though likely unwelcome, promotion.

During the Normandy invasion, Meehan and Easy Company’s commanding officers were killed when German anti-aircraft cannons shot down the C-47 Skytrain transporting the entire company’s headquarters.  This happened while the rest of the Airborne units were parachuting in so when Winters landed on the ground (without his weapon), he did not know that he was now in charge of Easy Company.

Regardless, Winters followed orders to the letter. He gathered up paratroopers and headed for his objective. During the day one siege, Winters along with 13 other US troops took out a German artillery battery defended by 50 Wehrmacht soldiers.

Richard Winters remained in charge of Easy Company throughout the Normany campaign, leading assaults in some of the most epic battles of World War II, including Operation Market Garden, Bastogne, and the Battle of the Bulge.

For his action Winters was awarded the Distinguished Service Cross, a Bronze Star and the Purple Heart and was promoted several times.  Richard Winters was recommended for a Medal of Honor and there is still a movement today to see that he gets it.

Yet, despite the accolades and the books written about his service, Richard Winters remained very humble about his service. After the war he became a successful businessman and he died in an assisted living facility on Jan. 2, 2011.

There was no wall-to-wall news coverage. No front page news, no mention except on a few forum websites. Hardly anyone knew of this great man’s passing, or what he had done for this country. 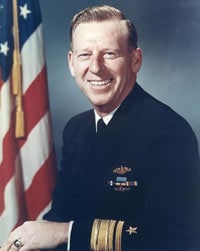 To the world he was Rear Adm. Eugene Fluckey, but those who knew him personally, he was Lucky Fluckey. Adm. Fluckey was a submarine commander in World War II at the helm of the USS Barb from April 1943 until 1945 and during this time Fluckey would establish himself as the most successful skipper in US Navy history, sinking the most tonnage of any commander in World War II. Under Fluckey’s command, the Barb sunk everything from the smallest gunboats to an entire Japanese aircraft carrier, in total sending 17 ships to the bottom of the ocean and all without suffering a single lost crewman or casualty.

But perhaps Fluckey is best known for an operation he oversaw to plant explosives on mainland Japan. The mission was a success, destroying a 16-car train and marking the only time during the war that American forces would step foot on the Japanese home islands.

In his later years he ran an orphanage in Portugal with his second wife. He passed away quietly on June 28, 2007 with no fanfare, no news coverage and no reporters stating on how much lesser the world is without him.

Though many people may know of Joe Foss’s distinguished postwar career (highlights include the governorship of South Dakota, becoming the first commissioner of an infant NFL, hosting ABC’s The American Sportsman and acting as president of the NRA from 1988-1990), it would seem that an embarrassing few remember his service to the United States during World War II as a Medal of Honor winning aerial combat ace. 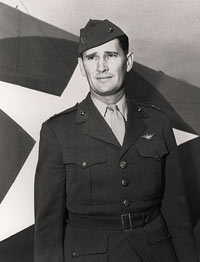 Though he had logged over 100 flight hours by his graduation from college, at 26 years of age Foss was considered too old to be a fighter pilot, so he was first assigned to the Navy School of Photography.  Undeterred, Foss completed this program while persistently pursuing avenues to gain his fighter qualifications and was eventually transferred to Marine Fighting Squadron 121 VMF-121 as the executive officer.

In May of 1943, Foss was awarded the Medal of Honor by Franklin Delano Roosevelt and in January of 2002, Foss, 86 at the time, was scheduled to speak at a National Rifle Association event, when he was detained by security at the Phoenix Sky Harbor International Airport.

While manually searching Foss’s belongings (Foss had a pacemaker which prevented the airlines from using metal detectors), TSA agents discovered and confiscated a dummy bullet key chain, a nail file and his Medal of Honor, insisting they didn’t know what it was and that they had the right to destroy this piece of  “memorabilia”.  The airline apologized and the resulting media fallout led to national debate on security practices.

Writer Larry Smith recorded Foss’s response to this incident in Beyond Glory: Medal of Honor Heroes in Their Own Words, stating:

There are many more, thousands a day that pass on that have done great things for America. These veterans of all of the wars in the last 70 years are mourned by few and mentioned by less.

They might not have sold any albums, packed theatres or won the Super Bowl, but they did defend this country and all those in it. For that they receive no thanks at all, barely a whisper in the wind so I urge you and your children to look them up and see what they gave up for America.  No act will ever compare.