The market for .380 ACP pistols is booming.  The cartridge and the handguns both have seen vast improvements in quality and popularity as more and more people take to carrying concealed handguns as a routine practice.

The demand has been rewarded with good guns and ammunition; quick-and-dirty manufacturing is falling by the wayside as people are willing to pay for quality in the world of .380.

I.O. Inc. is moving to stay ahead of the curve by redesigning their Hellcat with a handful of improvements to their design.  Most of the changes are to the slide.

The big, noticeable change is the improved sights.  They’re longer, a bit wider and overall more pronounced.  This is possible because the slide starts out as a 1×1-inch length of steel bar stock which lets Inter Ordnance add a little extra metal to their sights. 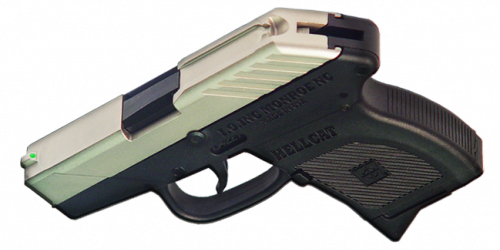 The slide serrations are also a little more aggressive.  It has also been redesigned on the inside to make it easier to cock; when we were at SHOT Show in January we did get the chance to handle them and have to agree that there is some truth to that.  It definitely isn’t painful to cock the new Hellcat. 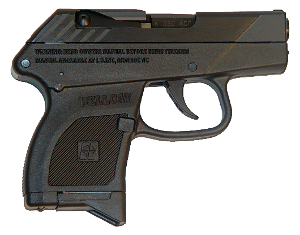 The extractor has also been beefed up, which is good for reliability and may have been a necessity, as broken extractors were probably the weakest point of the old Hellcat.  It also has a new magazine floorplate with a finger extension.  Capacity remains the same at 6+1 rounds of .380 ACP.

Like similar pistols, the Hellcat’s internal hammer must be pre-cocked by racking the slide.  The trigger is not full double-action, which eliminates the possibility of second strike, but because hammer is pre-cocked the trigger is both a smooth and light six-pound pull.

The MSRP is an extremely low $225 for the blued model and $240 for the satin stainless two-tone model.

Inter Ordnance isn’t the only company adding a little spit and polish to their .380s for 2012.

Colt has also brought back an old gem, the Mustang Pocketlite.  It also has been re-engineered with tighter tolerances and is constructed from far superior materials. 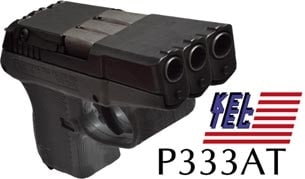 Kel-Tec, foreseeing competition, is working on an improved P3AT.  After seeing the success of Arsenal’s double-barreled 1911, they quickly designed and prototyped the P333AT.

As you can see, the P333AT is quite the step up, capable of firing 285 grains of .380 with a single pull of the trigger.  It may be a while before this gun gets ATF approval, so we’re confident the market for Hellcats will remain strong for some time to come.