A Pennsylvania lawmaker is arguing that the state should scrap its criminal background check system and switch to the federal background database run by the FBI.

“PICS duplicates the firearm background check which is already completed when the federal NICS check is conducted,” Krieger said in a press release.

In January, Rep. Krieger introduced House Bill 2127, which would eliminate PICS and require gun dealers to use NICS for presale checks.  The bill currently has thirty-four cosponsors and is under review in the state House Judiciary Committee.

The Costs of NICS v. PICS

In addition to eliminating redundancy, using NICS would, as mentioned, save the Quaker State money — though, how much money is an issue of debate. 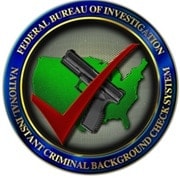 “According to a report issued by the Legislative Budget and Finance Committee about two-thirds of PICS funding comes from the General Fund. Through the elimination of PICS, roughly $5 million annually in previously wasted taxpayer dollars would be available to fund other essential state government programs,” Krieger said in his press release.

But the director of Pennsylvania State Police’s Bureau of Records and Identification, Major Martin Henry, downplayed the potential savings.

“PICS represents but a sliver of the state police budget – less than a tenth of 1 percent,” Henry, who oversees PICS, told Philly.com.

Funding for PICS is also raised through a combination of gun check appropriations and instant check/firearm surcharge fees.  These fees help offset the administrative and personnel costs needed to run the database.

NICS is federally funded, so there’s no direct cost to the states.

Another reason for axing PICS is its tendency to breakdown, Rep. Krieger argued.

“Not a week goes by without me hearing complaints from folks about the PICS system being down. If [a buyer] has to wait 40 or 50 minutes because the check can’t be done, those sales are lost, because the buyer goes across the [state] border” to buy a gun, Krieger told Philly.com. 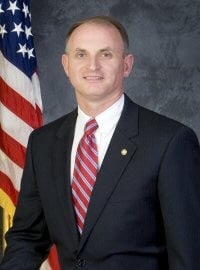 In addition to frequently going offline, under PICS, authorities have 60 days to research an individual and decide whether to uphold or reverse a denial.

Under NICS the timetable is significantly shorter; authorities have three days to act.  If a denial verdict is not reached within that window, the FFL may proceed with the sale.

On average, it takes PICS 15 days for state police to complete a background check, according to Henry.

But proponents of PICS say what’s lost in efficiency and convenience is made up for in thoroughness.

They claim that the federal database omits certain records, including protection-from-abuse orders and 580,000 mental health records that would prohibit gun ownership.

Rep. Krieger countered that claim, explaining that the state plans to submit mental health records to NICS by June of this year.

“Given the Commonwealth’s ever-increasing revenue shortfall, the best time to eliminate PICS is now,” Rep. Krieger said in his press release.

“My legislation will not only streamline the background check process for law-abiding gun owners, but most importantly, it will deliver substantial savings for all Commonwealth taxpayers by eliminating intergovernmental duplicity,” he added.

Meanwhile, opponents of making the transition from PICS to NICS say that the gaps in the federal database makes the state more vulnerable to tragedies like the Virginia Tech Shootings or the attempted assassination of U.S. Rep. Gabrielle Giffords.

Currently, there are 31 states that exclusively use NICS.