The Arsenal AF2011-A1 is just unstoppable at this point.  The world’s first and only double-barreled 1911 is getting a partner.  Arsenal is already gearing up to make another model of AF2011-A1, in another classic 1911 caliber, the .38 Super.

In case you haven’t heard, the AF2011-A1 is Arsenal’s tribute to the mastery that is the quintessential Browning pistol.

These handguns just have 100 percent more mastery with every purchase; inside one slide lives twin barrels, and inside one frame lives twin 1911s.  The AF2011-A1 feeds from a double-bodied magazine that shares a single floorplate, and fires two rounds downrange simultaneously. 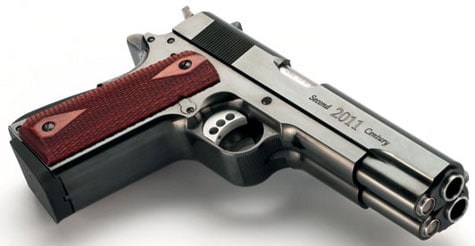 No word yet on the price on these particular pistols, and we’re thinking if you have to ask… And only time will tell if the ATF will allow these pistols into the United States; it’s conceivable that they fire more than one round with each pull of the trigger, although Arsenal believes that it can squeek through by having two triggers, one for each bullet (even though they work as a pair). 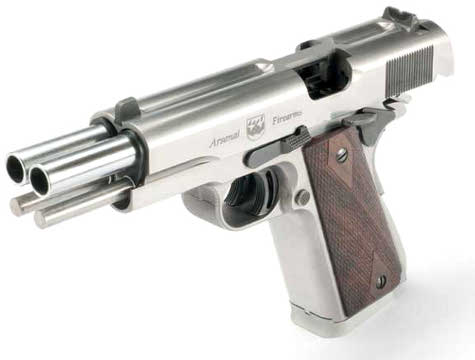 Arsenal has also expressed an interest in a .45 ACP and .38 Super hybrid, in making a handgun that fires one of each caliber, if such a pistol was mechanically feasible.  This gun would have the advantage of firing a low-velocity large bullet and a high-velocity small one, making no sacrifices on either stopping power front.  As well as the outrageous front.

But no matter how ridiculous the idea of the AF2011-A1 sounds on paper, we have to admit, we at least have to shoot one.  Because for every ounce of novelty this handgun is, it’s two of 1911. 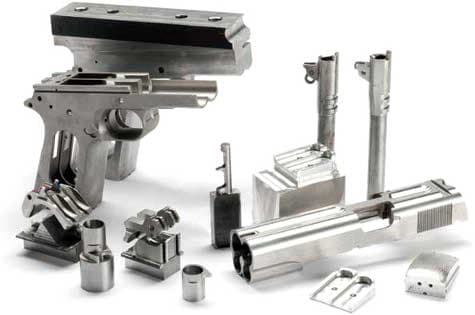 The .38 Super was developed in 1929 specifically for the Colt M1911 and designed around the .38 Special case.  Using smokeless powders the .38 Super was and still is a good high-energy, high-velocity pistol cartridge, in many cases exceeding 9mm Parabellum by no small margin, capable of penetrating prohibition-era body armor and steel-bodied car panels.